Scientists have been looking for the cause of mysterious fast radio bursts coming from space. Read on to learn what they have discovered.

Fast Radio Bursts (FRBs) are defined as bursts of radio waves that last only for a few milliseconds. Over the last several years, our radio telescopes have detected these short bursts. However, scientists and astronomers did not have a point of origin for the bursts. Thanks to the Hubble Space Telescope, they now believe they have pinpointed where these radio bursts originated.

Astronomers have tracked these bursts since 2001. Over time they have recorded over 1,000 of them. Speculation for many years led to the idea that aliens were sending signals to Earth. Others pointed to a collision between stars as a source. Finally, however, astronomers have traced the locations of five deep space signals. In a thousandth of a second, these powerful blasts generate as much energy as the sun does in an entire year.

In a new study from The Astrophysical Journal, researchers pinpointed five out of eight recent FRBs to their host galaxies. They used Hubble’s Wide Field Camera 3. In addition, they concluded that they came from similar distant galaxies. One feature of all of these distant galaxies is their “spiral arms,” where stars form.

“Our results are new and exciting. This is the first high-resolution view of a population of FRBs. Hubble reveals that five of them are localized near or on a galaxy’s spiral arms,” said lead author Alexandra Mannings. “Most of the galaxies are massive, relatively young, and still forming stars. The imaging allows us to get a better idea of the overall host-galaxy properties. For example, its mass and star-formation rate, as well as probe what’s happening right at the FRB position because Hubble has such great resolution.” 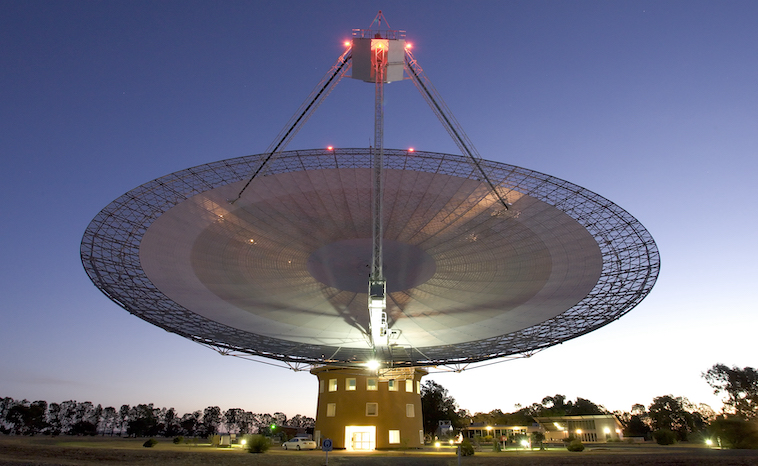 Causes of the Bursts

Now that they have found the origin, they need to decide the root cause of the bursts.

They believe that the flares do not come from the explosive deaths of young stars. Furthermore, they do not think that the merger of neutron stars causes bursts. They also do not come from dwarf galaxies or regions full of massive stars. With each discovery, astronomers are narrowing down the possible explanation for these mysterious signals.

“We don’t know what causes FRBs, so it’s essential to use context when we have it,” said team member Wen-fai Fong. “This technique has worked very well for identifying the progenitors of other types of transients, such as supernovae and gamma-ray bursts. Hubble played a big role in those studies, too.”

Researchers support the idea that FRBs originate from the bursts of young magnetars.  A magnetar is a type of neutron star with powerful magnetic fields. A 2020 study of the Milky Way found a Fast Radio Burst coming from the same area with a known magnetar. However, they have not made a formal decision.

Scientists call magnetars the strongest magnets in the universe. How strong? Try 10 trillion times more powerful than a refrigerator door magnet. If a person got too close to something that strong, it would upset our nerve impulses in our bodies.

Researchers will continue to research fast radio bursts. But, for now, we know that aliens are not sending us messages from deep in space.