On May 1st of this year the Goddard Space Center in Greenbelt, Maryland will celebrate its 60th year of space exploration. Read on to learn more about Dr. Robert H. Goddard and why the space center is named after him.

The Goddard Space Center is NASA’s first and oldest space center. Named after rocketry pioneer Dr. Robert H. Goddard in 1959, it has spent decades improving space exploration. Over 3,000 people work at the center with over 60% being scientists and engineers. According to the NASA website, it has successfully sent more than 300 satellites into orbit. In addition, it has secured over 800 patents and produced more than 50,000 science and technical publications. Nobel prizes in physics have been awarded to scientists from the space center. Who was Dr. Robert H. Goddard? 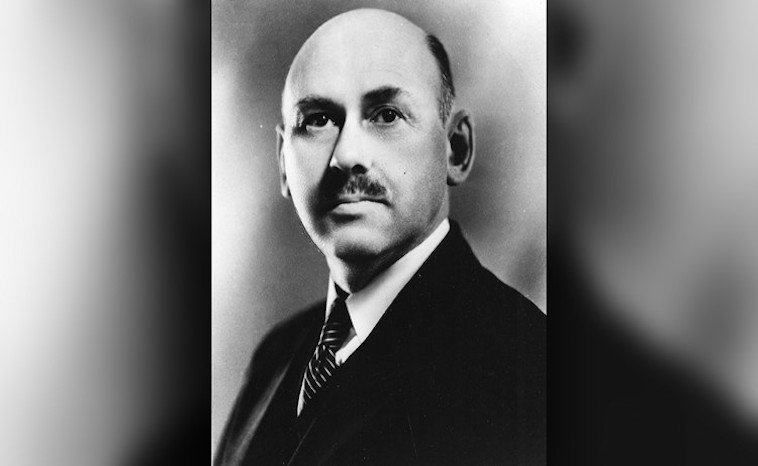 Dr. Robert H. Goddard began experimenting with rockets while at Clark University in 1915. His first attempts used gunpowder as a base. However, this did not provide enough energy to lift the rocket. After reading some research by a Swedish engineer, he tried again, this time using steam. In 1917, he received a $5,000 grant from the Smithsonian Institute. Using the laboratory at Clark University he worked on developing rockets that could reach space.

According to his calculations a rocket would be able to reach the moon. His work was published in 1919. However, people were not happy with theory and research. They did not believe that thrust would work in the vacuum of space. Furthermore, newspapers mocked him and wrote editorials about him. In 1969, The New York Times published an apology to Dr. Goddard. What had changed their mind after so many years? The successful launch and orbit of the Apollo 11 mission proved everyone wrong.

Dr. Goddard’s rocket used a combination of gasoline and liquid oxygen to fuel his rockets. At the same time, Hermann Oberth in Germany and Konstantin Tsiolkovsky in Russia were both working on the same fuel idea. Interestingly, none of the scientists knew of each other’s work. How did the fuel work?  Two lines ran into the combustion chamber. However, high temperatures are needed for the combustion of pure oxygen. To fix this, Dr. Goddard designed cold liquid oxygen to cool the combustion chamber. It cooled the chamber as it traveled from the fuel tank. This method of creating combustion by cooling the oxygen is still in use today.

On March 16, 1926, Goddard fired his first liquid-fueled rocket. It burned for about 20 seconds before taking off. During that time, it melted part of the nozzle. In 2.5 seconds, it traveled to a height of 41 feet before leveling off and hitting the ground. It averaged a speed of about 60 miles per hour.

This gained the interest of people and money was donated to support his research. In the 1930’s he moved to Roswell, New Mexico to test his rockets. It was the perfect setting for launching rockets because nothing was around. Over fifteen years he launched 31 rockets. Unfortunately, Dr. Goddard died of throat cancer in 1945. He never saw the rockets he designed to make it into space. His achievement in rocket propulsion made it possible for astronauts to reach the moon years later. Dr. Goddard was credited with 214 patents. His wife presented one hundred thirty-one patents after his death. His achievements in rocket design and propulsion changed space exploration forever.