The hunt for the elusive Planet “X” may have finally come to an end as two scientists have spotted a potential new planet beyond Neptune…and when we say “beyond” we mean 600 to 1200 AU (each AU is 150 million kilometers)!

Konstantin Batygin and Mike Brown of the California Institute of Technology (Caltech) in Pasadena, are excited by the very real prospect of a ninth planet in our solar system, especially after the loss of (now dwarf planet) Pluto.

Although, the astronomy-world is always a bit skeptical when it comes to yet another claim of true planets in our solar system, Batygin and Brown believe this may be the real deal;

“If you say, ‘We have evidence for Planet X,’ almost any astronomer will say, ‘This again? These guys are clearly crazy.’ I would, too,” Brown says. “Why is this different? This is different because this time we’re right.” 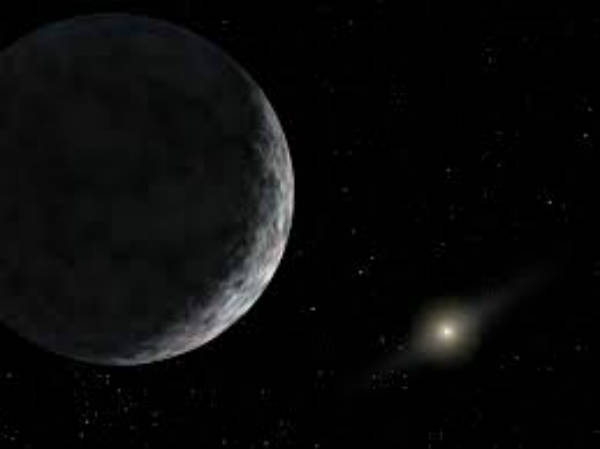 After intense study of the gravitational pattern and “shepherding” of a group of stars, the scientists have been able to deduce the likelihood of another huge planet outside the reaches of Neptune. In fact, it dominates a region larger than any of the other known planets — a fact that Brown says makes it “the most planet-y of the planets in the whole solar system.”

This planet is estimated to be 5,000 time more massive than Pluto and takes a whopping 20,000 years to orbit the Sun! So if it has always been out there, why did it take so long to discover? The fact that Planet X cannot be seen is a huge factor in its hidden potential. However, with the keen minds of these two scientists and the help of mathematical modeling and computer simulations, Planet X is becoming more and more a reality.

“Although we were initially quite skeptical that this planet could exist, as we continued to investigate its orbit and what it would mean for the outer solar system, we become increasingly convinced that it is out there,” says Batygin, an assistant professor of planetary science. “For the first time in over 150 years, there is solid evidence that the solar system’s planetary census is incomplete.”

Whether this is the next planet to take its rightful place in our solar system is still yet to be determined, but if Planet “X” does turn out to be all we are hoping it is, the history books will indeed need to be rewritten!