China plans to build its own space station. Read on to learn more about the  Tianhe Space Station.

In 2003, China sent its first astronaut into space. Eleven years before that, they planned to build a space station. China approved Project 921 to develop human spaceflight capabilities. This past week, China’s Space Station plans went into action with its Tianhe core module launch. Tianhe means “harmony of the heavens.” The launch will mark the beginning of an intense construction phase for the three-module space station.

The Tianhe module will provide regenerative life support and living space for three astronauts. In addition, its propulsion system will allow it to maintain the orbit of the entire complex. China has the space station construction schedule planned for a two-year period. They want the station ready for astronauts by the end of 2022. 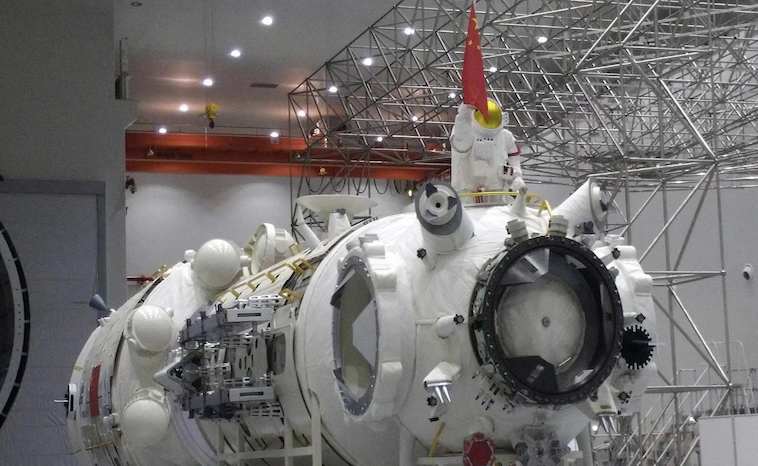 Unfortunately, the launch did not go off without problems. Not only did the Tianhe core module reach orbit, but the mission launcher did as well. China’s Long March 5B launcher uses a core stage and four side boosters to place its payload directly into low Earth orbit. Scientists speculate that it will make an uncontrollable re-entry at some point in the coming weeks.

Where and when the new Long March 5B stage will land is impossible to predict. The decay of its orbit will increase as atmospheric drag brings it down. The speed of this process depends on the size and density of the object. Other variables such as atmospheric variations and fluctuations will also have an impact. These variables are influenced by solar activity and other factors.

The high speed of the rocket body means it orbits the Earth roughly every 90 minutes. This uncontrollable launcher can change the course of just a few minutes in reentry time. Changes in minutes leave scientists unable to find where it will land quickly enough to prepare people.

The Long March 5B core stage’s orbital inclination means the rocket body passes a little farther north than New York, Madrid, and Beijing. In addition, it will pass as far south as southern Chile and Wellington, New Zealand, and could make its reentry at any point within this area.

What kind of damage would one expect from the launcher hitting a populated area? The 30-meter-long, five-meter-wide Long March 5 core stage is traveling at more than seven kilometers per second. “Since 1990, nothing over 10 tons has been deliberately left in orbit to reenter uncontrolled.” Without its four side boosters, the Long March 5B core stage is thought to have a “dry mass,” or when it is empty of propellent, of about 21 metric tons in mass. Typically, after re-entry, only about 40% of the original mass makes it.

As of now, no one is speculating about possible impact damages. We will stay tuned for more information.