The European Space Agency has launched a new satellite to study nearby stars that host exoplanets. Read on to learn more about this new mission.

The European Space Agency has sent a satellite into space with the sole purpose of looking at exoplanets of stars. The satellite, named Cheops, the CHaracterising EXoPlanet Satellite, launched on December 19, 2019, and orbits at 700 kilometers (435 miles) above the Earth. According to a press release by the European Space Agency, “It will observe bright stars that are already known to host planets, measuring minuscule brightness changes due to the planet’s transit across the star’s disc.” Unlike NASA’s Kepler mission, the mission of CHEOPS is to follow up where Kepler left off. To date, the satellite has observed over 4,000 exoplanets utilizing a 1.5-meter telescope.

CHEOPS won’t be just looking at random exoplanets. Instead, it will focus on Earth to Neptune sized planets and their travel across their host star. Scientists can learn the mass and size of a planet by measuring the slight dimming of the host star and the length of time it takes the planet to move. “A planet’s density provides vital clues about its composition and structure, indicating, for example, if it is predominantly rocky or gassy, or perhaps harbors significant oceans.” (ESA)

With exquisite precision, Cheops can measure planetary transits, with its stability telescope. It uses a process called transit photometry. Transit photometry detects distant planets by measuring the minute dimming of a star as an orbiting world passes between it and the Earth. By combining mass and size, scientists can calculate the planet’s density, an essential step towards assessing its composition.  According to the ESA, CHEOPS will help NASA put its James Webb telescope to use when it launches in 2021.

“Cheops will not only follow up on previously discovered exoplanets, but it will also identify the best candidates for detailed study by future missions and observatories. For example, it will provide targets for the NASA/ESA/CSA James Webb Space Telescope. That telescope will search for the signatures of water and methane, important elements in our quest for habitable worlds.” (ESA, 2019) 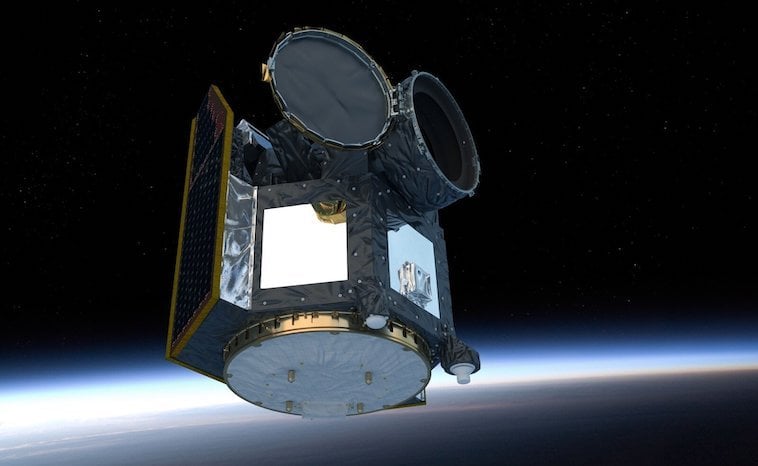 To collect the data and sort it, the ESA has an observatory in Geneva, Switzerland. This observatory has racks and racks of computers processing information sent down from the satellite. However, the observatory is not only for downloading information but uploading it as well. Astronomers tell CHEOPS which stars and exoplanets to focus on so they can gather more information.

According to Matthias Beck, ground-based systems manager, communication with the satellite occurs in a two-step process. Communication orders from Madrid, Spain goes to Geneva, where the engineers upload that observation to CHEOPS.

“The information is configured to observe a star, and then data from the observation returns back to Geneva. Once the engineers decipher the data, they send that information back to scientists,” says Mr. Beck.

We hope by the end of the 2020s, astronomers will have answers to some of the questions.