Another mysterious comet has flown into our galaxy. Where did it come from? Read on to find out what astronomers know so far about C/2019 Q4.

This past August, Crimean astronomer Gennady Borisov spotted a comet (C 2019 Q4) entering our solar system very close to the sun. He has a keen eye and has documented other never before seen comets in the past. However, those came from our solar system. This one does not.

What makes astronomers sure that it is not from around here? Observations with more powerful telescopes revealed that the comet is moving much faster than an object orbiting the sun at the solar system’s edges would. In addition, C/2019 Q4’s trajectory does not have the elliptical path one would expect to see in our solar system. An object that orbits a star does so in a motion called eccentricity. When it orbits the sun in a perfect circle, then the measurement is zero. When the movement remains more elliptical rather than circular than the number moves up. The comet C/2019 Q4 has a number of 3.7.

“This is clearly coming from outside the solar system,” says Gareth Williams, an astronomer at the Harvard-Smithsonian Center for Astrophysics. “This isn’t going to revert into something going back into our solar system.”

Sometimes, passing by a more massive object can jostle small cosmic travelers, but no planetary nudge can explain this kind of orbit, he says. 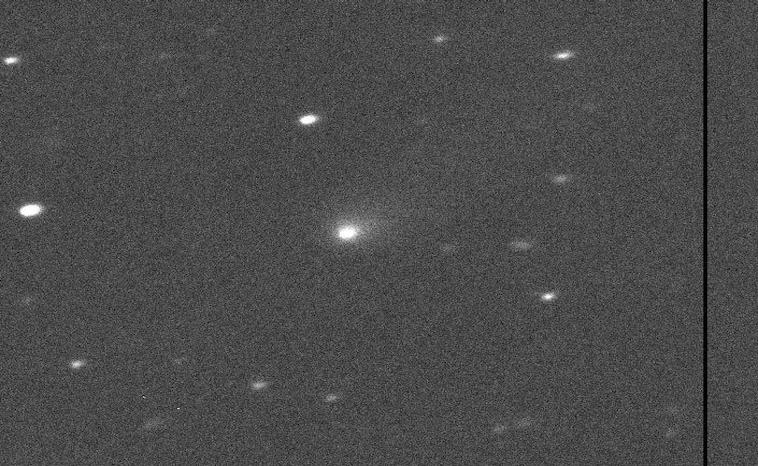 In 2017, another comet visited our solar system. This comet,‘Oumuamua’ was discovered by a telescope in Hawaii programmed to search for comets. The C /2019 Q4 comet appears bigger than Oumuamua. However, astronomers can’t tell for sure. The comet seems too close to the sun. This means astronomers can’t point their telescopes directly at the sun without damaging them. However, they can look at the comet’s gases to determine composition.

“This will be particularly exciting to see if the chemistry is the same as comets in our solar system,” says Karen Meech, an astronomer at the University of Hawaii’s Institute for Astronomy, who led the team that characterized ‘Oumuamua two years ago.

When it gets close enough to the sun, some of its ice melts, producing a shimmery tail of gas and dust known as a coma. ‘Oumuamua showed some signs of gas emission, but it didn’t have the unmistakable cometary haze. However, C/2019 Q4 does. “The behavior has been reasonably straightforward,” says Michele Bannister, a planetary astronomer at Queen’s University Belfast. “This is the interstellar object that we expected to see first.”

Thankfully, the keen eye of Mr. Borisov caught C/2019 Q4 on its way into our solar system. The comet will appear brightest in mid-December when it makes its closest approach to the sun. Unless the comet breaks apart, the biggest, most powerful telescopes will be able to monitor it until October of next year. “Early observations will help us decide better what additional observations are needed to understand it best. We should be able to learn a lot more, without the immediate rush that we had with the previous one,” says Rob Weryk, an astronomer at the University of Hawaii.

Where has C/2019 Q4 come from? What will scientists discover about this visitor? We look forward to hearing more about this comet next year.