Israel’s first lunar spacecraft did not make a successful landing on its first lunar mission. However, the Israelis are not throwing in the towel. Read on to learn more about Beresheet 2.0 and NASA’s orientation markers.

On April 11, 2019, the SpaceIL lunar probe did not achieve its mission to make a successful landing on the moon. Unfortunately, a technical glitch caused the probe to crash into the surface of the moon. Seven miles above the surface a glitch occurred. The probe came back online at 450 feet above the surface. By then it was too late, as the probe hit the surface of the moon traveling at 310 mph (500 km/hr). Disappointment followed, but the Israelis plan to move forward. On another note, NASA believes that one of their instruments may have survived the crash.

NASA had a special instrument aboard the Beresheet lunar probe. The NASA payload, known as the Lunar Retroreflector Array (LRA), works as a type of GPS. It is comprised of eight mirrors made of quartz cube corners that are set into a dome-shaped aluminum frame. These mirrors will serve as markers for other spacecraft, which can use them to orient themselves for precision landings.

The entire instrument is smaller than a computer mouse and lightweight. Furthermore, it’s tough, radiation-hardened and designed for long term use. As a result,  the LRA may not have been destroyed by Beresheet’s hard landing.

“Yes, we believe the laser reflector array would have survived the crash, although it may have separated from the main spacecraft body,” said David Smith of the Massachusetts Institute of Technology, principal investigator of the Lunar Orbiter Laser Altimeter (LOLA) instrument aboard NASA’s Lunar Reconnaissance Orbiter(LRO) spacecraft.

“Of course, we do not know the orientation of the array,” Smith, who’s also an emeritus researcher at NASA’s Goddard Space Flight Center in Greenbelt, Maryland, told Inside Outer Space. “It could be upside down, but it has a 120-degree angle of reception, and we only need 1 of the 0.5-inch cubes for detection. But it has certainly not made it any easier.”

The question now remains, did the LRA survive the crash?

Looking for the LRA

How does NASA plan to find the LRA? NASA has a Lunar Reconnaissance Orbiter currently flying around the moon. On board the orbiter is the Lunar Orbiter Laser Altimeter. NASA will use that laser to look for reflections off the mirrors on the LRA. If they find the LRA that will be good news. NASA plans on setting more LRAs on the moon to aide further space flights in making precision landings. In addition, NASA will use the Lunar Orbiters Camera to look for the crash site of Beresheet. 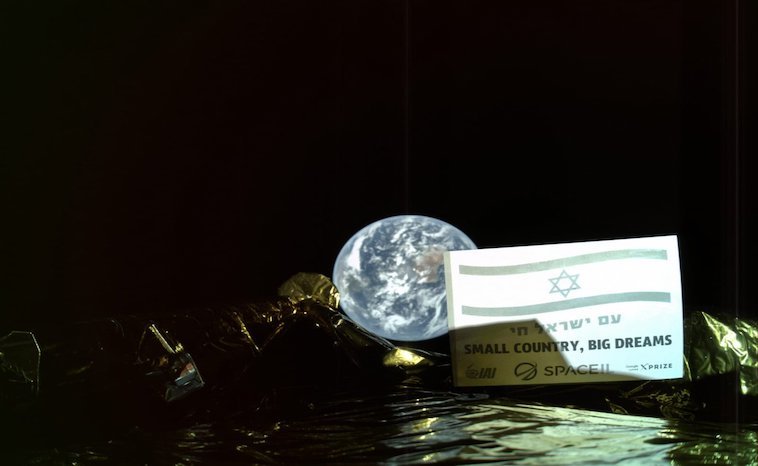 SpaceIL originally built Beresheet to enter NASA’s Lunar X Prize. Furthermore,  Beresheet’s main goals were to advance Israel’s space program. In addition, they wanted to generate excitement about science, technology, engineering and math among young people. This years mission succeeded in both of these aims, even though it didn’t nail the landing, Beresheet team members have said.

“We’re going to actually build a new halalit — a new spacecraft,” billionaire businessman and philanthropist Morris Kahn said in a video statement posted on Twitter by the nonprofit group SpaceIL. “We’re going to put it on the moon, and we’re going to complete the mission.” (SpaceIL)

We wish the best of luck to SpaceIL and look forward to another attempt to land on the moon. In the meantime, we hope NASA can locate its LRA.