UFOs, Are We Ready For an Appearance?

Modern civilization tends to live in the hear and now. People tend to worry about getting through their daily routines without much thought concerning UFOs. What if UFOs landed? What type of chaos and mayhem would an event of that magnitude create? What would people do?

Modern science has solved many of life’s problems regarding healing, cosmic events, and superstition. It was not that long ago that people viewed electricity with the idea that it came from the devil himself. Cosmic events, such as eclipses, were seen as a foreboding of bad things to come. We have moved so far into the future with technology that we lose sight of superstition and folklore. Ancient peoples relied on superstition and folklore to explain their world. Have we have lost the idea that other forces or other beings may indeed exist? Are we ready to know about UFOs?

At one time, the Church condemned Galileo, Copernicus, and others that worked to answer questions by using science. The Church believed that scientific explanations would test people’s faith. They wanted to keep the people looking toward religion for the answers to supernatural or even natural events. However, it now seems in modern times; science has people looking only at science for the same explanations. Science tells us what causes eclipses, droughts, floods, and sickness. Yet, it seems to have stopped working to prove much else in terms of supernatural events.  Let’s look at a couple of definitions.

Science-the intellectual and practical activity encompassing the systematic study of the structure and behavior of the physical and natural world through observation and experiment.

Scientific method-a method of procedure has characterized natural science since the 17th century, consisting of systematic observation, measurement, and experiment, and the formulation, testing, and modification of hypotheses.

At what point has science proven UFOs? Bigfoot? Ghosts? Loch Ness Monster? or any other inexplicable events? It appears in modern times that science, in these areas, has stopped at the observation step.

How many thousands of observations do we have on the public record for UFO sightings? Yet, governments and scientists say that these things don’t exist. Side note: The United States government does a commission looking into these things. However, the only people looking at these reports are “fringe, conspiracy, kooks.” Why? Isn’t the first step in the scientific method observation? Well, it seems like there has been lots of evidence of observation by non-scientists. So why hasn’t the scientific community taken these observations and started applying step 2, measurement?

More than likely, we can answer this with the same explanation used by the Church during Galileo’s time. Amazing how history repeats itself. Simply, they don’t want the people to lose faith in Science (Religion). The secret here is that science doesn’t want to move to step 2 because step 2 might actually embarrass them. They have told people for over 70 years that the Roswell event was a weather balloon. 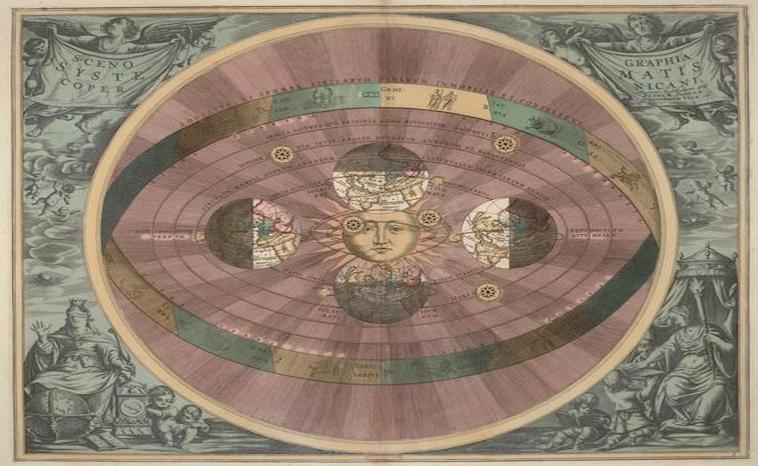 A Disservice to Mankind

The problem with keeping people in the dark is that eventually, someone turns on the light in the room. When people realized that Galileo and Copernicus had provable science, some turned from religion or questioned their faith. Why? Religion had told them to ignore these men as kooks. Forcing people to believe or do things will never turn out well for the people doing the forcing. The Church missed an opportunity to embrace Galileo and use his proven science to explain that God had placed the Sun at the center of our universe.

Today, science may be making the same mistake. If  3 UFOs appear over London Bridge tomorrow, what will the scientists tell us we are seeing? Will they acknowledge these space crafts or force us to believe that our eyes are playing tricks on us? If something like that happens, what will the reaction be around the world? Will the world fall into chaos?

The clock is ticking and at some point, there may be a revelation that the world is not ready to handle. It may be time for scientists to work on Step 2 in the scientific method.