Breakthrough Listen, an initiative to find signs of intelligent life in the universe, recently detected 15 brief, but powerful, radio pulses emanating from a mysterious and repeating source – FRB 121102 – far across the universe. Again.

Fast radio bursts are brief, bright pulses of radio emission from distant but largely unknown sources. FRB 121102, the only one known to repeat pulsed more than 150 high-energy bursts. Scientists believe that the pulses may come from a dwarf galaxy about 3 billion light years from Earth.

Discovered on Nov. 2, 2012, FRB 121102 (hence its name) pulsed out radio activity picked up by scientists. At the time they did not know what made the signal. Then it happened again in 2015, they detected more radio bursts. Consequently this lead them to rule out theories that the of bursts’ origins involved the catastrophic destruction of the the originator.

What Did they Hear?

The instrument accumulated 400 terabytes (a million million bytes) of data over a five-hour period. These observations occurred across the 4 to 8 GHZ frequency band. The data was searched for three things.

“The distinctive shape that the dispersion imposes on the initial pulse is an indicator of the amount of material between us and the source, and hence an indicator of the distance to the host galaxy”, stated Breakthrough Listen postdoctoral researcher Vishal Gajjar.

The observations show for the first time that fast radio bursts emit at higher frequencies than previously observed, with the brightest emission occurring at around 7 GHz. Based on the distance, researchers believe that the bursts left their galaxy when our solar system was only 2 billion years old. 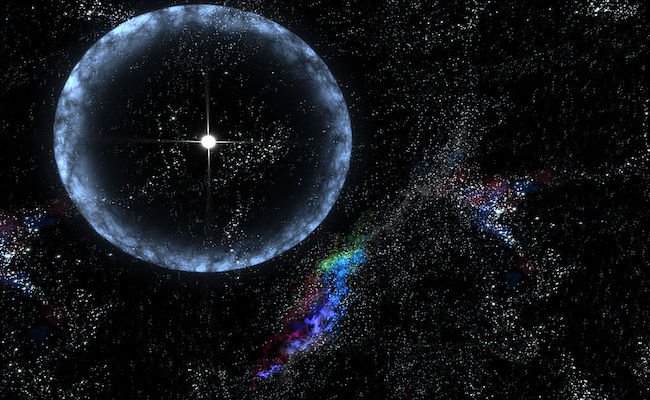 Scientists theorize that what they detected came from powerful laser bursts used by extraterrestrial civilizations to power spacecraft. Although this may seem far fetched, our own scientists are working on a similar concept. Breakthrough Starshot has a similar plan to use powerful laser pulses to propel nano-spacecraft to Earth’s nearest star, Proxima Centauri.

Can Scientists Use Light to Power Nano Machines? A recent announcement in cancer research just claimed the following. “The machines are so tiny that 50,000 of them together is still about the width of a single strand of human hair. Each machine is engineered to be sensitive to a protein located on a specific type of cell, which helped them find their target. Once you add light, they spin up to 3 million times per second, and this spinning provides the power needed to break into a cell. Without light, the nano-machines can still find the molecule, but just remain on the surface.”

We have searched thousands of ways to travel at the speed of light. Maybe by concentrating on things at on a miniature level will lead us to discover how to do this. This is truly an exciting time to watch what happens in space.