AI Technology Leads on the Battlefield

Could man and machine combine to create a super-soldier? Read on to learn more about the Unites States Space Force plans for AI technology.

The United States Space Force has announced plans to combine humans and machines for the next generation of soldiers. Although not a new concept, the military believes that “human augmentation” is “imperative” to maintain military dominance. How would they achieve this goal, and ultimately what would it look like?

AI Technology on the Battlefield

The concept of making a super soldier dates back to World War II.

During World War II, German officials gave soldiers performance-enhancing drugs to speed their takeover of Europe. Using Pervitin (crystal meth), the Wehrmacht soldiers could stay awake for days at a time and march many more miles without resting. A so-called “stimulant decree” issued in April 1940 sent more than 35 million tablets of Pervitin and Isophan pills to the front lines. As a result, the Nazi soldiers completed the “Blitzkrieg” invasion of France through the Ardennes mountains.

‘In the last century, Western civilization transformed from an industrial-based society to an information-based society. However, today we’re on the brink of a new age: the age of human augmentation,” said Dr. Joel Mozer, chief scientist of the US Space Force.

Scientists believe “unimaginable” advances in artificial intelligence will happen within the next decade. For example,  AI Technology would allow the military to strategize tactics that “no human could.” Eventually, “autonomous” programs will advise commanders in real-time, Dr. Mozer also said. 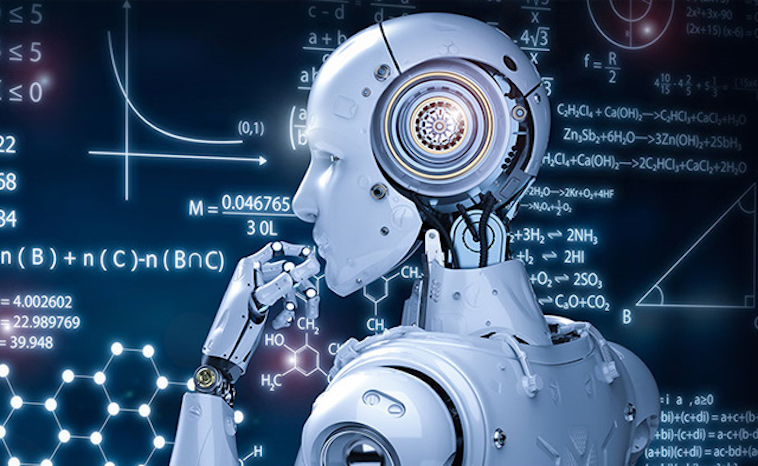 The military wants to have AI technology to help their commanders and decisions makers. They foresee machines controlling reconnaissance, fire control, or attack. Furthermore, they want human augmentation, which is basically the same thing the Germans used. The only difference today incorporates virtual reality and “nerve stimulation” to enhance physical sensations.

Scientists don’t plan to stop at “nerve stimulation.” Ideas also include including “gene editing, physical and cognitive prosthesis and pharmaceutical enhancement.” These enhancements could offer “profound expansion of the boundaries of human performance.” But, again, the goal here remains a better soldier would present opportunities to enhance military capability.

Robocop. If you were a teenager in the 1980s, images of Robocop might come to mind at this point. While the concept appeared good on paper, it presented an onslaught of issues when people lose control of machines. Dr. Mozer states the following.

“You could put [an] individual into a state of flow, where learning is optimized, and retention is maximized. “This individual could become somebody with very high-performing potential.”

Yes, however, humans have complex brains that can rationalize in situations. It’s what separates us from the animals. However, how would one control the ethical decisions of these AI-enhanced soldiers? What happens when one goes rogue? Do we want soldiers without some of their human elements like compassion, ethics, and morals?

“Whilst it is envisaged that humans will continue to be central to the decision-making process, conflicts fought increasingly by robots or autonomous systems could change the very nature of warfare. For example, there will be less emphasis on emotions, passion, and chance,” a 2018 Ministry of Defence report states.

Along with the US, the UK has also predicted that future warfare will include a hybrid of robotic and human activities.