The United States Air Force facility, also known as Area 51, is a classified base located within the Nevada Test and Training Range. What happens at Area 51? Read on to learn more about this top secret base.

Area 51 is located in the southern portion of Nevada at an elevation of 4,462 feet. As a remote detachment of Edwards Air Force Base, it has been the subject of conspiracy theories since the 1950s. These theories were the result of pilots reporting UFOs s they flew near Area 51 during early evening hours. Many believe that underground facilities exist at nearby Groom and Papoose Lake. The military admits that Area 51 is home to the testing of new flight systems and airplanes.

In 1959, the United States Airforce tested anti-radar, aerodynamic, and structural tests on the Lockheed A-12. Finding that the facilities and runways were inadequate, the government-funded “Project 51.” They built new facilities which expanded the runway and upgraded buildings at the site. With these new improvements, the Air Force moved forward conducting tests on new planes and equipment.

One of the planes tested was a Russian MiG-21 after an Iraqi Air Force fighter pilot defected and flew to Israel. The pilot did not want to bomb Iraqui Kurd villages with napalm. The Iraqi pilot defected in August of 1966. By 1968, the United States Air Force flew simulated combat flights between the Russian MiG-21 and the Air Force F-4. What they discovered was that both planes were about the same when compared to technology and design. Observers stated that the only difference between the aircraft were the pilots. 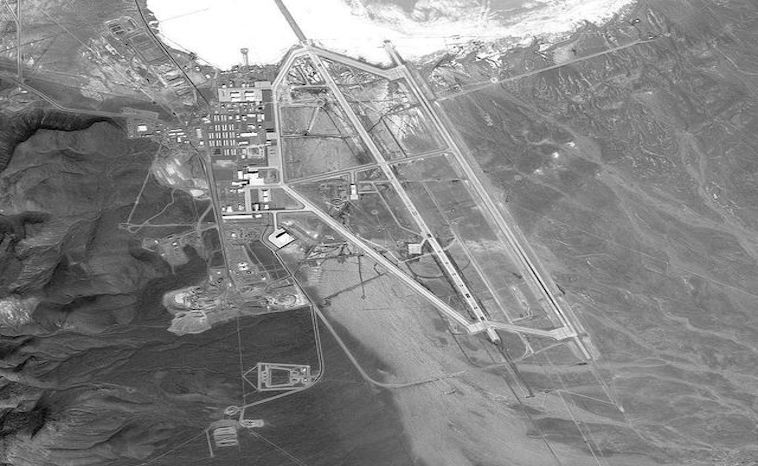 Area 51 has been the home for testing for many years. The area surrounding the lake is permanently off-limits to both civilian and regular military air traffic. Armed military personnel check id regularly; cameras and weaponry are not allowedInquiries into its mission has met with dismissal from top Air Force officials. In 1998, a letter replying to an inquiry about Area 51 stated the following:

“Neither the Air Force nor the Dept. of Defense owns or operates any location known as ‘Area 51.’ There are a variety of activities, some of which are classified throughout the Air Force’s Nellis Range Complex. There is an operating location near Groom Dry Lake. Specific activities and operations conducted on the Nellis Range, both past and present, remain classified and cannot be discussed publicly.”

In essence, the letter states that there is no such place known as Area 51. On June 25, 2013, the CIA released an official history of certain projects and officially acknowledged the existence of Area 51.

What Are They Hiding?

It’s so secretive that many people believe that the United States government is hiding all sorts of things at Area 51.

Some people believe that a disappearing airstrip exists, nicknamed the “Cheshire Airstrip,” after Lewis Carroll’s Cheshire Cat. They say that its camouflaged asphalt appears after water sprays over it. Several people have claimed that they know first hand the events that go on at Area 51. Furthermore, interviews conducted with former employees received much attention when their statements confirmed the alien conspiracy. One employee states that contractors paid him to work on alien spacecraft that the United States had in their possession.

Are you planning a visit to Area 51? You won’t get very far. One step into the restricted areas leads to cars with men in suits appearing seamlessly out of nowhere. Thousands of years from now, people will know more about Area 51 than we do today. It may be a footnote in the back of a book or a museum. Only time will tell.