In 1952, over the course of 17 days, a series of UFO sightings were reported in Washington, D.C. What were these objects? Spy Planes? Meteors? Read on to learn more about the Washington D.C. UFO incident.

The summer of 1952 became filled with a frenzy of UFO sightings. People everywhere reported strange lights, metal objects in their cornfields, and objects flying at record speeds through the air. During July, air traffic controllers in Washington D.C. reported strange blips and objects on their radars. Did they see weather-related phenomena? The answers to what they saw over several weeks did not satisfy UFO enthusiasts. As a result, the phenomenon became known as the Washington D.C. UFO incident.

From July 17th through the 29th, 1952, civilian and military air traffic controllers reported unidentified images on their radars. Furthermore, pilots and a stewardess reported seeing strange lights in the sky above Washington, D.C. During these episodes, an object or sometimes several objects would appear on the radar, fly randomly, and disappear.

On the night of July 26th, two U.S. Air Force pilots arrived in D.C.  Captain John McHugo, the flight leader, headed towards the radar blips but saw nothing. However, his wingman, Lieutenant William Patterson, did see four white “glows” and chased them. He told investigators said that “I tried to make contact with the bogies below 1,000 feet. I was at my maximum speed, but I ceased chasing them because I saw no chance of overtaking them.” According to Albert Chop, when ground control asked Patterson “if he saw anything,” Patterson replied,”‘I see them now and they’re all around me. What should I do?’…And nobody answered because we didn’t know what to tell him.

Newspapers all over the country were reporting the news that UFOs were surrounding Washington, D.C. This news disturbed President Truman. He asked the United States, Air Force, to investigate the reports. He feared a national panic. They agreed to investigate.

To get to the bottom of the reports, The Robertson Panel was formed. Dr. Howard P. Robertson, a physicist, chaired the panel, which consisted of prominent scientists. They spent four days examining the “best” UFO cases collected by Project Blue Book. Project Blue Book was a government-run team of investigators that looked into UFO claims. The panel dismissed nearly all of the UFO cases it examined as not representing anything unusual or threatening national security. 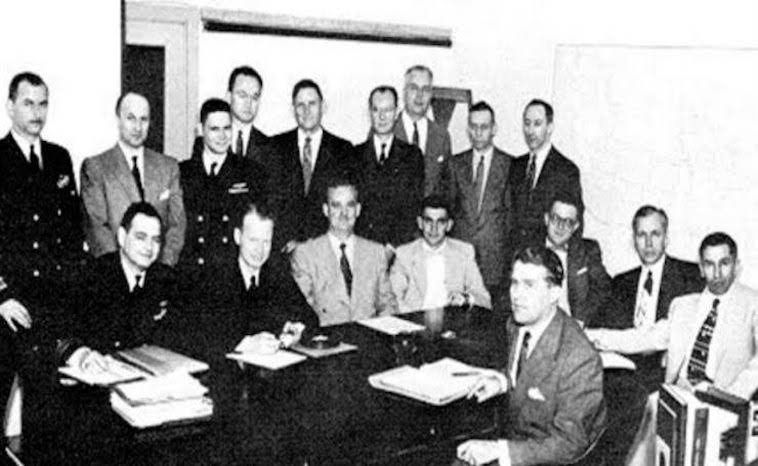 Prior to the panel holding its hearings, the Washington National Weather Station reported inverted weather patterns for these nights in the discussion. Inverted weather patterns could make “objects” appear on the radar. However, radar operators were aware of how weather inversions appeared on their radar equipment. They remained convinced that they saw metallic objects. Furthermore, the pilot that chased the lights in front of him, did not believe he chased a meteor. Lots of speculation still surrounds the events that occurred during July 1952. We may never know if it was weather or UFOs.