Why does the United States believe they need a military branch called the Space Force? They already have the United States Air Force to protect the skies over America. What makes this different? The number one reason the government cites is the growing concern of advanced weaponized space programs in Russia and China.

China, Russia, and the United States have military sectors already dedicated to space. Russia revived the Russian Space Forces in 2015 as a branch of the Russian Aerospace Forces. In the same year, China established the People’s Liberation Army Strategic Support Force as space and cyber warfare branch of the People’s Liberation Army. Vice President Pence announced the goals of the United States Force would include satellite protection and national security.

Pence detailed some of the Department of Defense’s immediate actions for creating the Space Force: 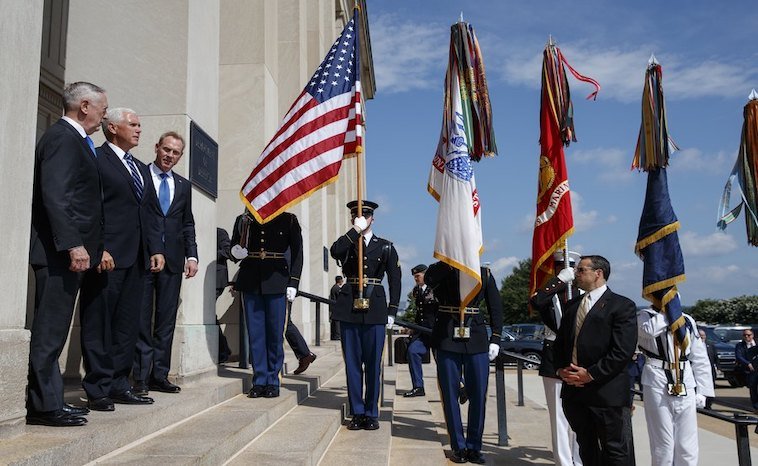 In 2007, for example, China launched a missile that climbed skyward for 500 miles until it impacted one of the country’s defunct weather satellites. Consequently, thousands of pieces rained down from space. Similarly, in 2014 another unnerving event occurred. A piece of supposed Russian space junk called Object 2014-E28 turned out to be an autonomous robot. Incidentally, that piece of Russian space junk could dock satellites.

“For many years, nations from Russia and China to North Korea and Iran have pursued weapons to jam, blind and disable our navigation and communications satellites via electronic attacks from the ground,” Pence said. “But recently, our adversaries have been working to bring new weapons of war into space itself.”

Furthermore, Russia has initiated plans for an airborne laser to disrupt space-based systems, he added.

“Peace through strength” is a phrase which suggests that military power can help preserve peace. This old phrase has famously been used by many leaders from Roman Emperor Hadrian in the first century AD to former U.S. President Ronald Reagan in the 1980s. It means that a nation must prepare for war at all times because peace cannot exist by itself. Therefore, mankind must guard and protect the peace.

In addition, the establishment of a space force means that a branch of the military actively works to improve on our technology in space. It is absolutely critical to have someone who thinks about this day and night,” Terry Virts, a retired NASA astronaut, and former Air Force fighter pilot.

The United States military would like to have the Space Force up and running by 2020. In every domain, America will always seek peace, the vice president said. “But history proves that peace only comes through strength,” he added. “And in the realm of outer space, the United States Space Force will be that strength.”