Tracking the Stars with an Ancient Medicine Wheel

Is the Medicine Wheel in Wyoming an ancient star chart? Read on to find out what one researcher thinks.

Age estimates for the Medicine Wheel range from a few hundred years to more than 3,000 years. Native Americans contend that the wheel extends back several generations. A piece of wood from the site has gone under scientific testing. Looking at the growth rings on the wood, scientists determined the structure to date to 1760. However, past research states that the outer perimeter stones were placed earlier than the inner circle. Archaeological evidence suggests that the wheel has existed for almost 7,000 years. How did Native Americans use the wheel? 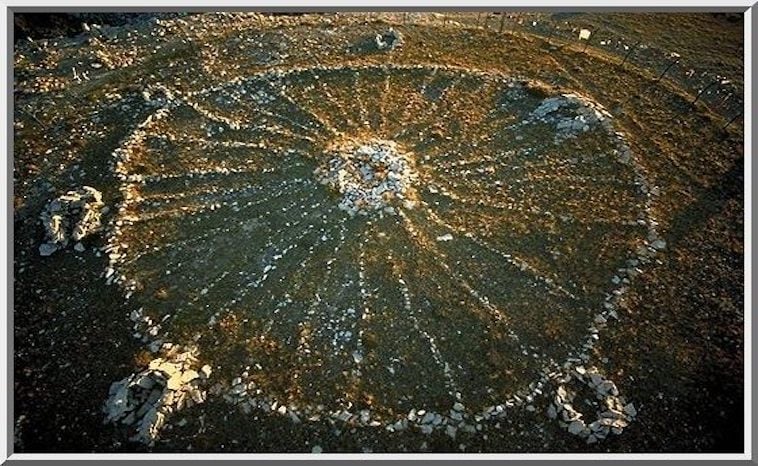 One researcher believes she may know the purpose of the wheel. Ivy Merriot, a Bozeman, Montana-based writer researches indigenous astronomy. She theorizes that Native Americans used a series of stones arranged like a spoked wheel to understand, remember and predict astronomical events. For example, the spokes sit 9,460 feet above sea level and align with Rigel, Aldebaran, and Sirius. In addition, the wheel has 28 spokes which fit with a 28-day lunar cycle.

Studying the lunar cycle would have helped the Native Americans track the passage of time. By keeping the structure in tack, they could pass down astronomical knowledge to later generations.

“Early cultures also used stories and folklore to connect the stars and constellations above to the stones below, all as a way to remember and teach important knowledge,” Merriot said. Tracking stars and lunar cycles were a necessity for early civilizations. The moon and stars determined planting, harvesting and reaping activities. Knowing the changing of the seasons would have also determined food collection and hunting patterns.

However, other researchers contend that it served a range of uses dating back hundreds of years or more. For example, it may have been a site for vision quests, camping, medicinal plant gathering, and prayer.

Research on the Medicine Wheel

Merriot made a series of observations over many days and nights. She used key dates like the summer solstice, and put that information into astronomical software. The software charted the historical positions of the sun and stars over thousands of years. Based on her results she believes that the medicine wheel is 5,000 years old. She cites that the 28 spokes are not evenly spaced because the stars in the sky are not evenly spaced. One spoke, in particular, helped her with this conclusion.

“….a spoke that almost aligns with a sighting stone on a ridge line 4 miles away at sunrise on the summer solstice would have lined up perfectly 3,200 years before the Common Era” states Merriot. Native Americans were not alone in the use of stone star charts.  “Other cultures, including ancient Polynesian seafarers, have long used circular star charts to study, memorize and teach navigation by the stars,” Merriot said. Wheels similar to the Medicine Wheel in Wyoming have been found all over North America.