Rings and disks are found throughout the universe. Read on to learn more about how they form and spin.

Gravity brings things together and makes them dense. In fact, objects become so dense that they fall into the center. Scientists believe that our solar system formed about 4.5 billion years ago from dust and gas. At first, it measured trillions of miles across. Over time it started to shrink. Upon this happening, the dust and gas became denser, and from that formed our Sun. However, this does not explain why new objects start to spin. In order to understand that, we need to look at a term called the conservation of angular momentum. 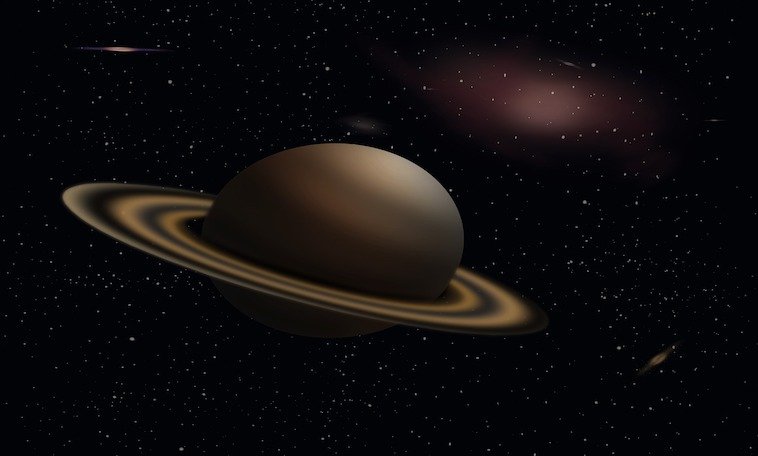 The conservation of angular momentum can explain why objects spin in space. If an object has even a little bit of spin, as gravity pulls it in, the spin gets faster. One can see an example of this concept by watching an ice skater. When an ice skater starts to spin, they have their arms stretched outward. At this point, they rotate slowly. However, when they bring their arms in, they spin faster and faster.

A cloud has some drift velocity as it goes through space. The cloud has charged particles, and it reacts to the gravity pulling it in upon itself. What causes the cloud to become a disk?

GOING FROM A CLOUD TO A DISK

As spinning clouds travel through space, they tug on other objects with their gravity. The particles inside the cloud move up and down. As they hit each other, they cancel each other’s movements. Everything is still spinning. Over time, the cloud spins and gets thinner and thinner, creating a disk. The planets all formed out of a spinning disk of gas. That is why they spin and travel in the same direction.

The planets Jupiter, Saturn, Uranus, and Neptune all have rings around them. A ring is a disk made from ice and rock, often called debris. A ring around a planet is called a planetary ring. They form when asteroids, comets, or any other large objects pass too close to the planet. At this point, they become torn apart by the planet’s gravity. The Roche Limit represents an area around a planet.  This is the point where gravity will tear apart an incoming object, and prevent the particles from re-accreting back into a more massive object.

Tidal forces prevent the debris from being collected by the planet. “Within a given distance from a planet, called its ‘Roche Limit’, tidal forces prevent debris from aggregating into larger bodies.” Planetary rings, then, consist of millions of separate small rock and ice particles, each maintaining their orbit around the host planet. From a distance, these small orbiting particles only APPEAR to be a continuous, solid ring.