Astronomers have certain names for the parts of a spiral galaxy. Read on to learn more about the structures that make up our amazing universe.

Spiral galaxies like the one we exist in contain certain characteristics that help scientists identify whether a galaxy falls into the spiral category. Two types of spiral galaxies exist, elliptical and barred. A barred spiral galaxy contains a spiral, but a bar runs through it. Groups of stars at the center make up the bar. Barred spiral galaxies are considered mature since galaxies develop bars as they mature. Elliptical galaxies approximately ellipsoidal shape and a smooth, nearly featureless brightness profile. As a matter of fact, they are more three-dimensional, without much structure, and their stars are in somewhat random orbits around the center.

Characteristics of a Spiral Galaxy

The disk of the galaxy is often referred to as the disk component. It contains most of the galaxy’s star and nearly all of its gas and dust. As a result giant molecular clouds fill the disk. Within these clouds stars form. Consequently, nearly all star formation in our galaxy takes place in the disk. Red giants, white dwarfs, and brilliant blue O and B stars reside in the disk. Those hot, massive stars are rare, but their luminosity provides much of the light from the disk. 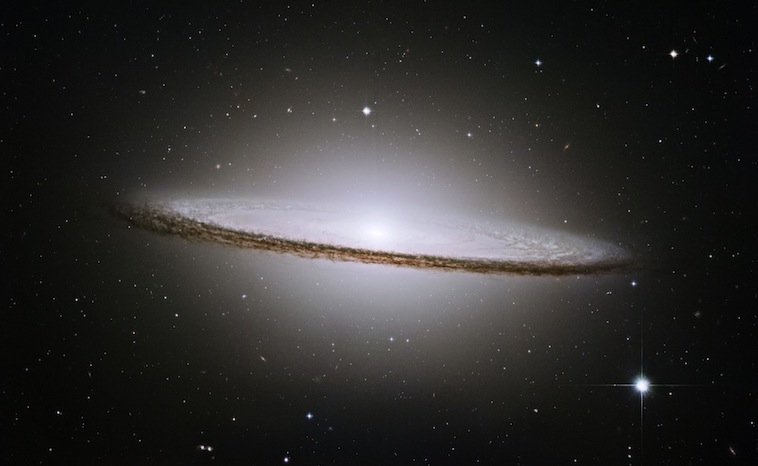 The Halo and The Bulge

A cloudless network of stars and star clusters make up the halo. The halo does not contain dense gas clouds, and therefore cannot make new stars. In fact, old and cool stars like red giants and white dwarfs form much of the halo. Scientists estimate the halo at 10 times the diameter of the visible disk.

Around the center of our galaxy lies the central bulge, a flattened cloud of billions of stars. Like the halo, it contains little gas and dust. Astronomers often refer to the halo and the central bulge together as the spherical component. For this reason, it becomes the most crowded part of the spherical component. The central bulge, visible above and below the plane of the galaxy and through gaps in the obscuring dust, consists mostly of stars and old cool like the stars in the halo. The halo consists of approximately 200 globular clusters, each with 50,00 to a million stars in a sphere.

Barred galaxies and elliptical galaxies contain several components which define them. In fact, these components, the halo, the central bulge, and the disk allow us to learn more about the stars contained within. As we discover more galaxies we will be able to apply these concepts and expand our knowledge of our growing universe.