On the night of October 4, 1967, a handful of residents saw a low-flying, brightly lit object head toward Shag Harbour Moments later, it crashed into the sea, where it sank before anyone could get to it.

Laurie Wickens, the resident, reported what she saw to the police. “My friend and I went right to the phone booth and called the police and reported a plane crash. The officer didn’t believe me, so I hung up, but moments later, the phone rang, and the officer asked where the crash happened. He said he would drive out to meet us. As we were going back there to meet him, we could see the light drifting in the water, and then we watched the light until it went out.”

Ralph Loewinger was co-piloting a cargo plane from New York to London that same night.

“I just happened to be looking in the right direction, and I saw this formation of bluish-white lights, slanted from upper left to lower right. I remember the captain’s hands, and my hands both went for the control yoke. We figured we were going to have to dodge the plane because it was so close.” 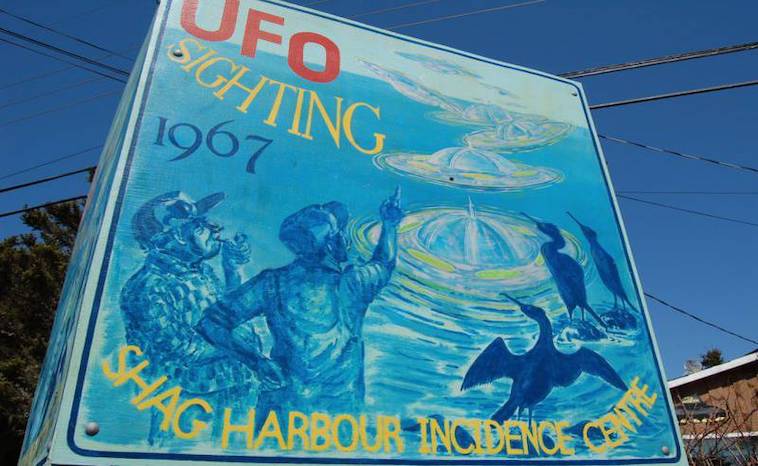 Norman Smith was a teenager in Shag Harbour in 1967. On the night of the incident, he saw the lights in the sky and then followed them until they crashed into the water. His father and uncle headed out to the sight of the crash to rescue what they thought was a plane crash.

Once arriving at the site, they could only find yellow foam. For several days, authorities and local divers searched the area but could not find evidence of wreckage.

However, the story does not end there. According to the Municipality of Barrington’s website, the UFO was tracked by the United States Navy.

The divers involved in the initial search for the UFO in the days following the crash reported the following.

The object that dove into the harbor’s waters had soon left the Shag area, traveling underwater for about 25 miles to a place called Government Point. This was near a submarine detection base. Naval vessels spotted the vessel on sonar and positioned themselves over it. After a couple of days, the military planned a salvage operation when a second UFO joined the first. They believed that the second craft had arrived to render aid to the first.

After about a week of monitoring the two UFOs, some of the vessels were called to investigate a Russian submarine that had entered Canadian waters. As a result, the two underwater craft made their move. They made their way to the Gulf of Maine and putting distance between themselves and the chasing Navy boats. Eventually, they broke the surface and shot away into the skies. (Municipality of Barrington, 2021)

What really happened at Shag Harbor in 1967? We may never know.