Inspired by nature, scientists have created a space rover that resembles a sea urchin. Read on to learn more about the sea urchin space rover.

Inventions can often find inspiration through the design of nature. For example, the design of an airplane resembles the workings of a birds wings. The burdock plant with its thorny flowers inspired the creation of velcro. Furthermore, Bombardier beetles from Africa and Asia have defense mechanisms that release a forceful spray of toxic gas at their enemy. Inventors based the inhaler commonly used by Asthma patients on the Bombardier beetle.

The sea urchin’s intricate mouth and teeth can pick up items off the ocean floor with ease. The ancient Greek philosopher Aristotle wrote about sea urchin’s in his book, called Historia Animalium or The History of Animals. Here is what he said about the sea urchin,

“In reality, the mouth-apparatus of the urchin is continuous from one end to the other, but to outward appearance, it is not so, but looks like a horn lantern with the panes of horn left out.”

From then on, people referred to the Sea Urchin as Aristotle’s lantern. How did he think that a sea urchin looked like a lantern? The inside of the sea urchin, once you remove the spines, does appear as a lantern from ancient Greece. 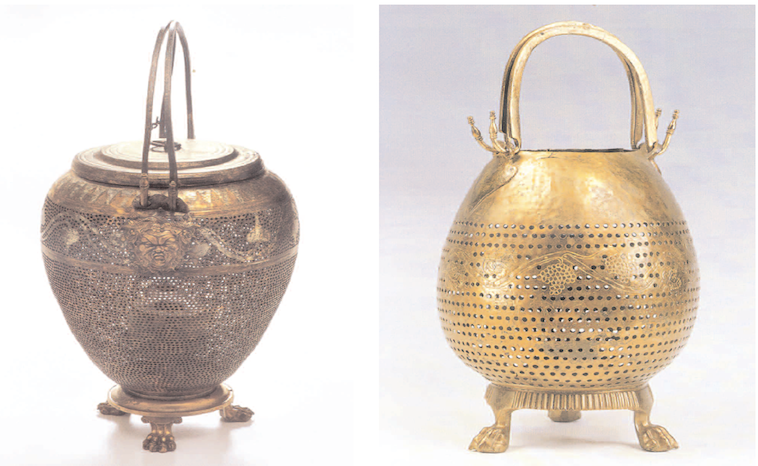 In the last couple of years, engineers developed a rover based on a sea urchin. As a result, engineers and marine biologists from the University of California, San Diego created a claw-like device. They designed it to collect sample sediments from planets such as Mars.

How does a sea urchin pick up items with its mouth? With its framework of muscles and five curved teeth, it can scrape, cut, chew holes into the toughest rocks. In addition, a colony of sea urchins can destroy an entire kelp forest by churning through rock and uprooting seaweed. The teeth are arranged in a dome-like formation. They open outwards and closes inwards in a smooth motion. Typically, samples are collected with shovels with rovers. Unlike a shovel that disturbs the soil around it, a sea urchin can pick up something in an exact spot. With the ability to cut through rock engineers saw this as a key benefit when working on rocky surfaces. How did they design the rover?

They based their design using pink sea urchins from the west coast of North America. Researchers extracted the urchins’ mouthpieces, scanned them with microCT, essentially a 3D microscopy technique, and analyzed the structures. With the help of 3-D printers, researchers were able to successfully develop a working model. The device was then attached to a small remote-controlled rover. Firs, the researchers tested the claw on beach sand, where it performed well. Second, they used the claw on sand that simulates Martian soil in density.  The device was able to scoop up the sand efficiently. Researchers envision a fleet of mini rovers equipped with the claw that could be deployed to collect samples and bring them back to a main rover.

Researchers hope that NASA or SpaceX will include this new rover design on future space missions.