Recovering Meteorites From the Ocean

What happens when scientists try and recover a meteorite from the ocean? Read on to learn more about this interesting search and rescue mission.

We know that most of the time meteorites burn up as they enter Earth’s atmosphere. Scientists estimate that a meteorite large enough to do some damage strikes somewhere in the world every 16 months.

On March 7, 2018, a bright meteorite (called a bolide) fall was observed about 25 km off the coast of Grays Harbor County, Washington. The Ocean Exploration Trust is working with scientists from the Olympic Coast National Marine Sanctuary, NASA, and University of Washington to locate the meteorite fall. They will use the research boat Nautilus. The crew of Nautilus will map a 1 sq km area, and then conduct a search of the area. Using underwater vehicles, Hercules and Argus, they will look to recover fragments of the meteorite. If successful this will be the first known recovery of a meteorite from the ocean!

NASA Cosmic Dust Curator Dr. Marc Fries believes that fall contains approximately 2 tonnes of meteorites. Furthermore, Dr. Fries said that this event was the largest meteorite fall he has seen in s 21 years. Dr. Fries will be onboard the Nautilus for the expedition. His analysis includes data from the NOAA NEXRAD radar system, terrestrial and ocean bottom seismometers, and wave energy shifts detected by a local sensor buoy. In addition, he has resident accounts and recordings of the visible light plasma resulting from the falling meteorites.

The Size of the Meteorites

The calculated mass for the largest meteorite(s) is 4.4 kg, which equates to a meteorite approximately 12 cm (5 in) in diameter. Dr. Fries estimates that there may be 2-3 meteorites for every 10 square meters of the seafloor. If found, meteorite fragments will be shipped to the Smithsonian Institution in Washington, D.C. and become part of their research collections. 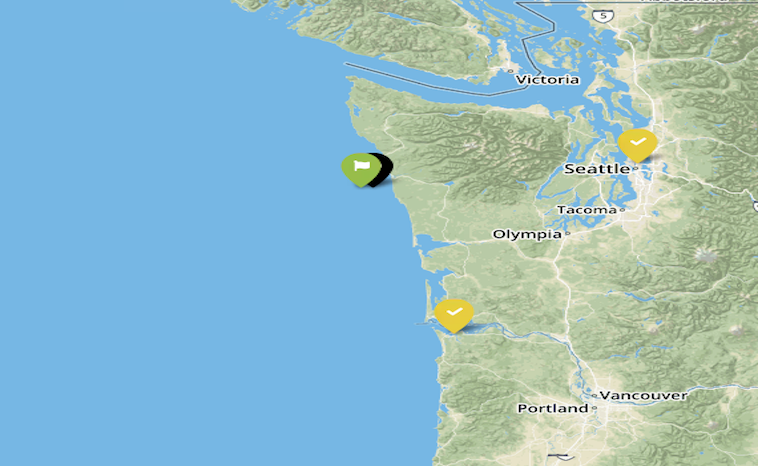 Why Look for Meteorites?

Scientists want to look into the formation of the Earth and other planets. First, they believe that this may also help them study potential asteroid threats. At the same time, each new meteorite helps them to understand the physical and chemical conditions that existed during the early solar system. This one has gained the attention of researchers because of its size and rarity. Understanding the composition, mechanical properties, and orbit of this body will assist NASA in understanding large meteorite falls to Earth.

You may assume that a rock will last a long time and that scientists can take their time searching for these rocks. That assumption does not fall in line with the facts. Consequently, recovery of the meteorites needs to happen quickly, due to exposure of Earth’s water and oxygen. Therefore, they tend to degrade rapidly. Meteorites on the seafloor have never been recovered before. For this reason, exposure to salt water will degrade them far faster than any temperature, land-based environment.

“While exploring this area, the Nautilus team collected several sediment samples using a suction hose sampler, magnetic plate, and sediment scoop. Upon recovering the vehicles, the team spent about six hours in the ship’s wet lab sifting and processing through these silty samples. NASA Cosmic Dust Curator Dr. Marc Fries conducted an initial visual analysis of the samples collected. His preliminary findings include two small fragments of fusion crust. Additional analysis will be conducted in the coming weeks to determine if these fragments indeed came from the massive meteorite fall seen entering the Pacific Ocean off Washington’s coast in March 2018.”  Click here for current updates