When NASA or any space agency has to send things like water, satellites, or astronauts to space, it is costly. It requires a lot of fuel to push these things out of Earth’s gravity. Structures like the International Space Station were sent into space and then assembled by astronauts. It took many missions and lots of money to build the space lab. However, researchers now have ideas to print what they need for space by using a 3D printer.

Having 3D printers in space allows astronauts to print objects they need, when they need them, rather than relying on shipments from Earth. It also makes ships lighter, reducing launch costs. 3D printed objects can be recycled and made into entirely different objects. This would be incredibly useful on long trips when only limited materials are available onboard. In 2014, NASA scientists aboard the International Space Station (ISS) 3D printed a ratchet wrench using files transmitted from Earth.

“What if the crew needed a tool?” asked Niki Werkheiser, a 3D printer manager at NASA, “We are breaking new ground not only in the way we manufacture in space but also in the way we operate and approve space hardware that is built-in space, rather than launched from Earth,” explained Werkheiser. 3D printers could also make the parts needed to construct habitats for Mars. 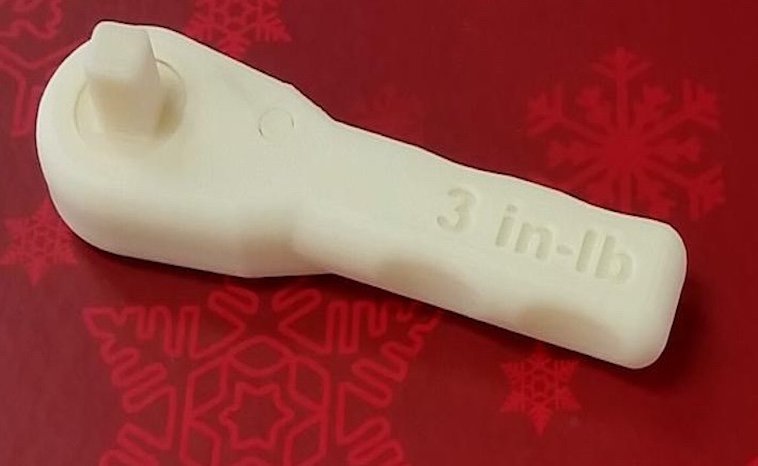 Credit: Made in Space

The Archinaut program is a new project from NASA and a company called Made in Space. They plan to use robotic 3D printers to establish and build useful objects in space. It is cheaper to create objects in space rather than build them on Earth and send them into space. The first thing they plan to develop is an antenna reflector for communication satellites. Eventually, they would like to build robotic arms to grab old satellites. Once they have an old satellite, it can be recycled to make a new satellite.

In June of 2017, Made In Space completed the first-ever 3D printing of objects in a space-like environment. The 3D printing took place at the NASA Ames Research Center. Later, Made in Space set a world record. Their robotic 3D printer made a beam that measured 123 feet in length. It was the longest object ever made using a 3D printer. Beams like this can be used to build space houses, laboratories, and satellites.

Making 3D objects using space materials would also reduce costs. Asteroids bombard rocky bodies such as moons, creating fine debris that lofts up and falls back down across the planetary surface. After millennia, this builds up a deep layer of crushed rock that scientists call regolith. Regolith differs from sand. On Earth, sand undergoes continuous weathering from wind, rain, and tides, which erodes the grains into a much rounder shape. Those forces don’t exist on the moon, so grains of regolith are extremely sharp, like tiny shards of glass.

Researchers have developed ways to use the regolith additive in 3D printers. Their ultimate goal is to have a 3D printer on Mars building things before astronauts arriving. Ideally, the additive-construction process would be entirely robotic. Robots could build structures and have them ready for astronauts.

While everything is still in development, engineers and researchers are getting closer to solving the problem of sending everything into space on a rocket. By using space materials and 3D printers, they may one day build the structures and habitats they need for further space exploration.