Can our moon detach itself from the earth and become its own planet? Scientists believe it is a possibility and they have given them a name. Read on to learn more about “ploonets.”

Can a moon break away from the orbit of a planet and become its planet? A team of researchers has coined the nickname “ploonet” for moons of giant planets orbiting hot stars.  They believe that under certain circumstances, these moons could abandon those orbits and become satellites of the host star. The former moon is then “unbound” and has an orbit like a planet’s.

For the study, the scientists created computer models to test scenarios. These scenarios had a planet-orbiting moon change a star-orbiting ploonet. How would a moon stop orbiting a planet? The researchers found a gravitational tug of war could cause the exit from the planet’s orbit. Furthermore, their research indicated that it would take a massive gas giant close to a star for this to occur. The gravitational pull from the star could force the moon to orbit it instead of the planet.

How do hot Jupiters get so close to their host stars? The classical theory of planetary formation — based on our solar system — suggests that planets form in the same place where they live their whole lives. But partly due to the sheer number of hot Jupiters we’ve seen around other stars so far, modern planetary formation models strongly suggest that giant planets undergo great migrations that bring them closer to their stars over time. (Cornell, 2019)

The study went on to say that orbiting a nearby star would possibly damage the new ploonet. For example, during its transit, the ploonet’s atmosphere could evaporate, and the world would lose some of its mass. Furthermore, it could create a distinctive signature in the light emitted from the star’s vicinity.  Telescopes may detect this signature. 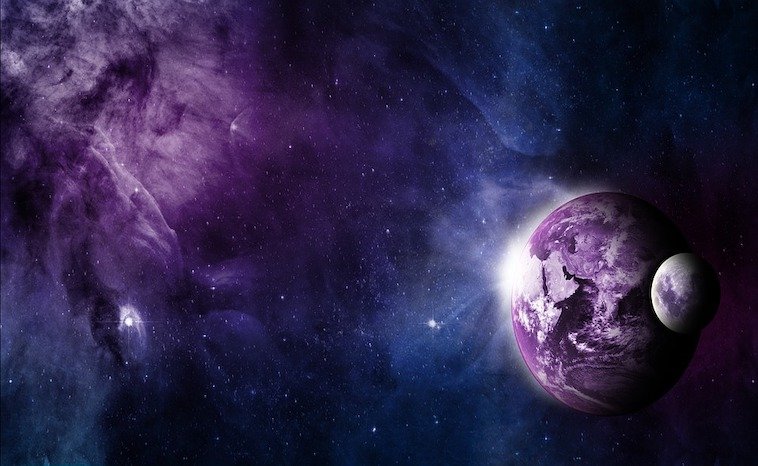 Researchers put out a hypothesis that moons could detach from massive gas planets. Mario Sucerquia and his colleagues, from the University of Antioquia in Colombia, ran a large number of simulations.  “About 44 percent of those with moons ended up crashing into their planets. In addition, 6 percent were absorbed by their host star. Two percent left the solar system. However, the remaining 48 percent separated from their host planets and stayed around the solar system to become ploonets.” (Cornell University, 2019)

The researchers suggest that some ploonets could sustain their orbits for hundreds of millions of years. By gathering material from the disk of dust and gas around its star, a ploonet could even build up its body until it eventually became a small planet.

Have Astronomers Seen a Ploonet?

In fact, recent observations of mysterious light emissions around faraway hot stars could be explained by the appearance, and drawn-out deaths, of wayward ploonets, the study said. Some astronomers believe that planets like this could have been formed farther out of the host star, but its gravitational force eventually pulled them in closer.

Earth’s own Moon is slowly spiraling away from our planet. The research team suggests that our only natural satellite may also end up as a ploonet in some 5 billion years. Unfortunately, that’s just in time for our Moon to get fully baked by the Sun. This, as our star, expands into a red giant, reaching a diameter roughly the size of Earth’s orbit.