The Planetary Science Institute is an organization dedicated to the advancement of solar system exploration. Read on to learn about its mission.

The Planetary Science Institute is located in Tucson, Arizona. Since its founding in 1972, it has supported NASA missions, the study of Mars, the solar system, and all things related to astronomy.

The institute started in the late 1960s with several Ph.D. graduates who wanted to form an organization to support NASA. During that time, America was still trying to put a man on the moon and get ahead during the Cold War with the Soviet Union. As a result, space and all things related to astronomy was a hot topic, and people were very supportive of the space program.

Their philosophy was simple. They wanted a  group of collaborative scientists working together to producing excellent science. In short, they wanted a group run by scientists for the benefit of science. They forgo the idea of having one “superstar” leading the organization. Instead, they wanted experts in several areas that overlap. This approach allowed them to study concepts and missions from all angles of science. The institute wanted to attract promising young scientists and help them develop proposals that would start their independent careers and fund their work through the group. (Planetary Science Institute, 2021)

Their research helped not only NASA but advanced astronomy from the very beginning. Two scientists named Bill Hartmann (who was working on the Mariner 9 Mars mission) and Don Davis (U.A. Ph.D. graduate known at that time for participating in saving the Apollo 13 mission) made a big impression. They collaborated on a scientific paper given at Cornell University in 1974.

The paper was later published in 1975.  In the paper, Hartmann and Davis suggested that the Moon formed from an object that collided with the Earth. The collision blew material out of the outer layers of Earth, providing debris to make the Moon. This theory was recognized in 1984 as the leading theory of the lunar origin and has kept that place to the present day.

Clark Chapman, known for his work on asteroids, also added to the success of the institute. Chapman carried out observations of asteroids. Furthermore, he helped develop the taxonomic system by which asteroids are classified according to different compositions. Meanwhile, Hartmann continued work on lunar and Martian cratering. He concluded that many lava flows on Mars had ages of “only” a few hundred million years based on the number of craters. Not everyone agreed on this theory. However, the study of Martian meteorites 1980s and 90s confirmed his theory. 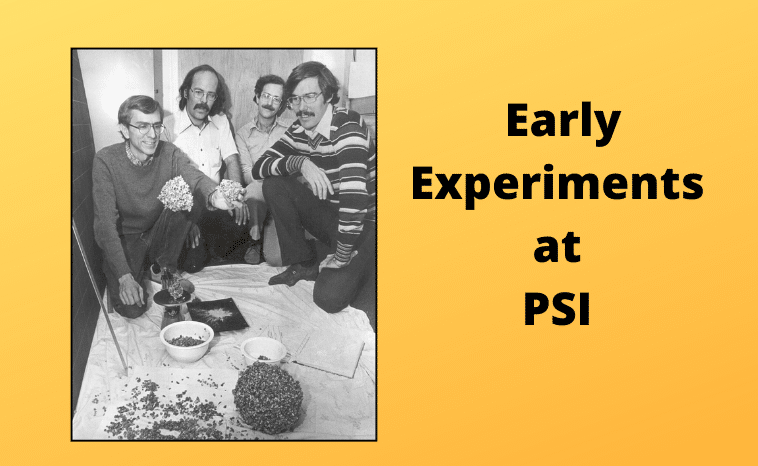 Furthering our Knowledge of Space

Hartmann also worked with Dale Cruikshank and Dave Tholen (U. Hawaii) to use the Mauna Kea telescopes in asteroid observations. During these observations, they learned that comets all have similar, very dark colors and are closely related. For example, one discovery successfully predicted that Halley’s Comet would be a black body with only 4% reflectivity. At that time, previous theories suggested that it had a 26% reflectivity.

For over 50 years, the scientists at the Planetary Science Institute have advanced our knowledge of space. In addition, their dedication to supporting NASA and other space organizations has helped keep astronauts safe. We look forward to their next fifty years and are proud of their achievements.