On October 11, 1973, two men were fishing off a pier in Pascagoula, Mississippi. Suddenly, a UFO appeared in front of them. Read on to learn more about their terrifying encounter.

Two men spent a quiet evening fishing along the banks of the Pascagoula River in Mississippi. Nineteen-year-old Calvin Parker and his friend, forty-two-year-old Charles Hickson, were frustrated as often happens when fishing. Sometimes the fish don’t bite. “I was just getting ready to get some more bait,” Hickson told The Washington Post in 1975, “when I heard a kind of zipping sound. I looked up and saw a blue flashing light. Calvin turned around too. We saw a 30-foot-long object with a little dome on top.” What happened next was surreal and later became known as the Pascagoula UFO encounter.

A door opened, and Parker and Hickson were paralyzed. Their hope for escape dashed they watched in horror as three “aliens” came towards them. The aliens looked strange and had pincer type claws for hands. Furthermore, they used these claws to grab Parker and Hickson and pulled them onto the spacecraft. Hickson said they were subjected to a physical examination by something that looked like a “big eye,” a constant mechanical sound buzzing the whole time. Strangely enough, just as quickly as they were taken, the pair of men were released. Parker, in an apparent state of shock, stood nearby with his arms raised in the air. His screams startled Hickson, who stood nearby. Hickson grabbed Parker, and they ran for help.

The Pascagoula Police did not know what to make of the pair of men that came bursting through their doors that night. The men were panic-stricken and highly upset. At first, the police thought that Parker and Hickson were drunk or lying. However, they interviewed both men as a matter of procedure. Then they left the men in the room by themselves.

Meanwhile, unknown to Parker and Hickson, the police also left a tape recorder running. They hoped to catch the pair in a lie. In fact, they found just the opposite as Parker and Hickson sat and talked about what they encountered.

“We did everything we knew to try to break their stories,” Jackson County Sheriff’s Capt. Glen Ryder told The Post in 1975. “If they were lying to me, they should be in Hollywood.” Both men passed a lie detector test.

Hickson did not have trouble speaking about the incident. He was older than Parker and well known in the town. However, Parker feared that the aliens had infected him. He took a bath in bleach after the incident (**Bleach baths are dangerous and not recommended for getting rid of germs) He quietly left town and worked in various cities throughout his life. Hickson died in 2011. Parker did not speak about the incident publicly until 2018. 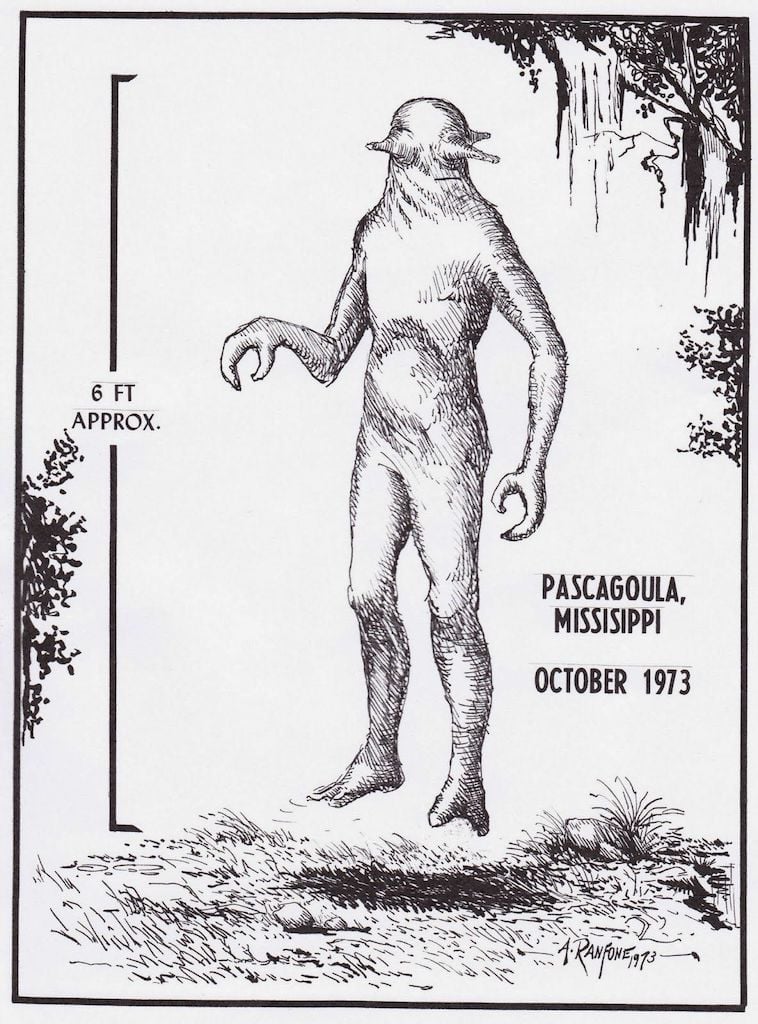 In October 1972, Parker and Hickson were the only people that reported seeing the UFO. However, within the last two years, more witnesses have come forward. Maria and Jerry Blair of Theodore, Alabama, waited in a parked car across the river for Jerry’s boss. Jerry was scheduled to work that evening, and his boss was late.

“I was looking at the sky, and I noticed a blue light in the sky over where they were fishing,” Maria said. “It started moving, and it seemed like it was following along the Pascagoula River. “I just saw the lights on it. It was just going back and forth. Sometimes it would just sit there. It went on for 20 to 25 minutes.” A few minutes later Maria hears something splash in the river. She ran over only to see something in the water. It saw her and then sank below the surface. She believes it was indeed one of the aliens. Her husband did not see the thing in the water.

Judy Branning and her three friends also saw the UFO. They feared coming forward after seeing how Parker and Hickson were treated in the news. “It didn’t make noise,” Branning said. “It had bright, bright lights.”

Today, a plaque marks the spot of the incident. 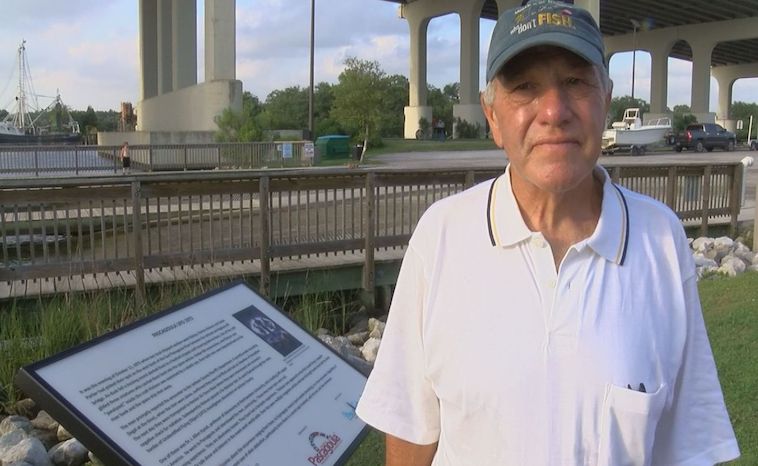