Astronomers have found something new in space that they are working to identify. Read on to learn more about these new space objects.

What happens when new technology appears in the world of space exploration? New objects never before seen are discovered. As a result, the scientific community is excited and wants to learn more. Recently, four odd radio circles or ORCs were spotted with massive radio telescopes as part of a new research project.

Circular features are well-known in radio astronomical images. They usually represent a spherical object such as a supernova remnant, a planetary nebula, or a circumstellar shell. “We have discovered, to the best of our knowledge, a new class of radio-astronomical object, consisting of a circular disc. In some cases, they contain a galaxy at its center,” said astrophysicist Ray Norris from Western Sydney University. The mysterious rings “do not seem to correspond to any known type of object.” Therefore, they have simply been named Odd Radio Circles, or ORCs.

Each of the circles measures about one arcminute across. This is roughly equivalent to 3 percent the diameter of the Moon. However, it’s difficult to tell how far away the ORCs reside based on these images. Therefore, it makes it challenging to estimate the actual size of the objects. The team will need to conduct further research.

The team describes four of these ORCs, three of which they found using the Australian Square Kilometre Array Pathfinder (ASKAP) telescope. The telescope represents a network of radio antennae that covers four square kilometers of the Australian Mid West. ASKAP has been scanning the sky in the radio spectrum to create an Evolutionary Map of the Universe. This map may help scientists better understand the development of stars and galaxies.

At first, Norris and his team thought they had problems with their instruments. Many times, radio imagery contains errors that look like rounded apparitions. However, the team researched their archives, and they surprisingly discovered the fourth ORC. The India Giant Metrewave Radio Telescope found the object in 2013. Unfortunately, no one noticed it at that time. 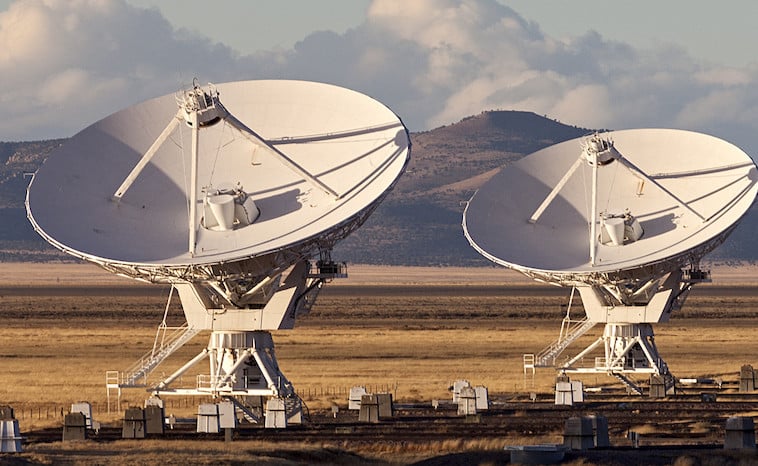 Norris and his team pose several ideas as an explanation for these objects. The circles may result from the fallout of exploded stars. However, they may also be bubbles blown out by winds in growing stars. Another theory suggests “Einstein rings”. An Einstein ring is created when light from a galaxy or star passes by a massive object on its way to the Earth. Finally, the ORCs may come from remnants of highly energetic events that occurred millions of years ago.

“We speculate that they may represent a spherical shock wave. This wave may come from an extra-galactic transient event or the outflow, or a remnant, from a radio galaxy, viewed end-on,” reported the team. In their data, the team also identified six even fainter candidate ORCs.

What other objects exist that scientists have yet to discover? These advanced radio telescopes may soon detect even greater objects unseen for thousands of years. However, scientists predict discoveries like this will become more common as radio astronomy grows in the coming years.