We already know that NASA’s Hubble telescope has successfully captured thousands of pictures of space. NASA is working to develop a new telescope that would achieve a broader scope of space and potentially exoplanets. Read on to learn more about WFIRST from NASA.

NASA hopes to launch their new Wide Field Infrared Survey Telescope (WFIRST) around 2025. With a camera as sensitive as Hubble’s, the 300-megapixel camera will capture the sky 100 times larger. Another element that NASA plans to incorporate is a coronagraph. A coronagraph would directly image and study the chemical compositions of exoplanets.

“A picture from Hubble is a nice poster on the wall, while a WFIRST image will cover the entire wall of your house,” said David Spergel, co-chair of the WFIRST science working group and the Charles A. Young professor of astronomy at Princeton University in New Jersey.

The mission’s wide field of view will allow it to generate never-before-seen big pictures of the universe. In addition,  astronomers can then explore some of the most significant mysteries of the cosmos. For example, if the universe is expanding, why does it seem to be accelerating?  “One possible explanation for this speed-up is dark energy, an unexplained pressure that currently makes up 68 percent of the total content of the cosmos and may have been changing the history of the universe. Another possibility is that this apparent cosmic acceleration points to the breakdown of Einstein’s general theory of relativity across large swaths of the universe. WFIRST will have the power to test both of these ideas.”(NASA 2017)

To learn more about dark energy, WFIRST will use its powerful 2.4-meter mirror and Wide Field Instrument. Scientists want to know the structure of dark matter and how the universe expanded. WFIRST will do this through multiple observational strategies.

“Redshift-The farther off a galaxy is, the redder its light appears when we see it.” 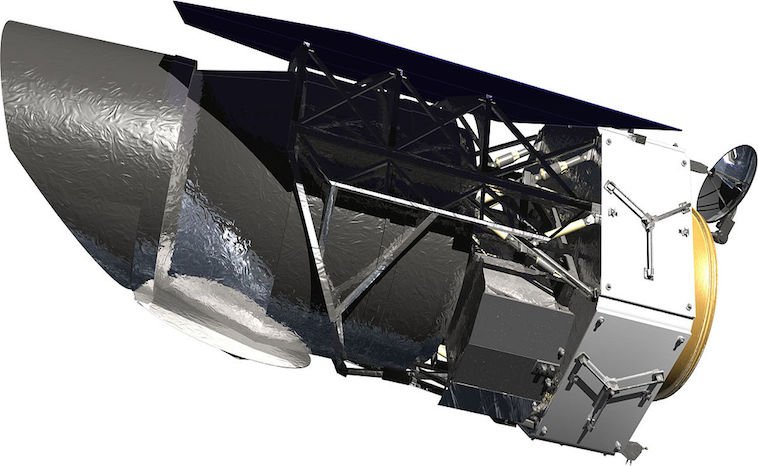 WFIRST’s microlensing survey will monitor 100 million stars for hundreds of days and is expected to find about 2,500 planets.  This planet-detection method is sensitive enough to detect planets smaller than Mars and will reveal planets orbiting their host stars at distances ranging from closer than Venus to beyond Pluto.

These results will make WFIRST an ideal companion to missions like NASA’s Kepler and the upcoming Transiting Exoplanet Survey Satellite (TESS), which are best suited to find more giant planets orbiting closer to their host stars. Together, discoveries from these three missions will help complete the census of planets beyond our solar system, helping us learn how planets form and migrate into systems like our own. The combined data from these missions provide insight into planets in the critical area known as the habitable zone, the orbiting distance from a host star that would permit a planet’s surface to harbor liquid water—and potentially life.

A Tool For The Science Community

WFIRST will serve as an important tool for the science community through its General Observer and archival data analysis programs. All WFIRST data will be publicly available immediately after processing and delivery to the archive. Meanwhile, by submitting proposals through the competitive program, scientists around the world can use the observatory to study the cosmos in their way.

WFIRST will also complement new ground-based observatories such as the Large Synoptic Survey Telescope (LSST) currently in development. By combining data from WFIRST and LSST, scientists will see the universe in nine different wavelengths. Consequently, that data that will provide the most detailed wide-angle view of the universe to date.

By pioneering an array of innovative technologies, WFIRST will serve as a multipurpose mission, furnishing a big picture of the universe and helping us answer some of the most profound questions in astrophysics, such as how the universe evolved into what we see today, its ultimate fate and whether we are alone.