Starting in 2020, NASA plans to place landers on the moon’s surface. Read on to learn more about these landers and what they hope to learn.

In 2020, NASA plans to send landers to the moon’s surface. The purpose of these landers is to help scientists learn more about the Moon. The landers will carry equipment to the moon for the many companies that want to conduct research. They need to learn as much as they can before sending astronauts back to the moon in 2024. NASA also plans to have a permanent space station operating on the moon in the coming years.

”Next year, our initial science and technology research will be on the lunar surface, which will help support sending the first woman and the next man to the moon in five years,” NASA Administrator Jim Bridenstine. “Investing in these commercial landing services also is another strong step to build a commercial space economy beyond low-Earth orbit.” 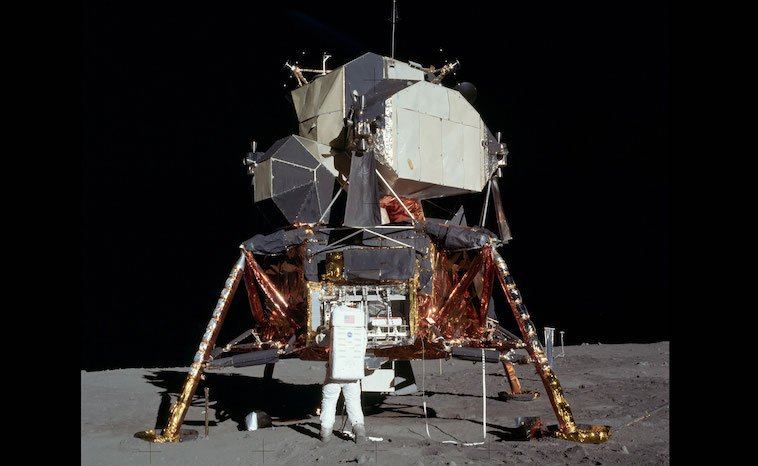 Astrobotic is a Pittsburgh, PA based company with a lander called Peregrine It is 6 feet tall and 8 feet wide. Peregrine will carry as many as 14 agency payloads to a big crater on the moon’s near side called Lacus Mortis. The planned date for this is set for July 2021. Astrobotic wants its customers to know that their payload will reach the moon safely. Rugged, radiation-tolerant computing enables autonomous landing and safety in the demanding space environment. (Astrobotic, 2019) In addition, Peregrine has five engines that can deliver 667 Newtons (67 KG-Force). It has a Doppler radar, sun sensors, laser sensors, landing camera, star trackers, and other instruments for navigation. All these things are built in to ensure a safe landing.

Intuitive Machines from Houston, TX will deliver up to five NASA payloads to the huge basaltic plain Oceanus on the moon. This is near an area which astronauts explored back in 1969.

This gear will touch down in the summer of 2021 aboard the company’s Nova-C lander, which is capable of hauling 220 lbs. (100 kg) of equipment to the lunar surface. Nova-C has the technology developed by NASA. NASA had a planetary lander project from 2010-2015. It features a spacecraft propellant system that uses methane and oxygen. In addition, it has an autonomous landing and hazard detection technology. After arrival, the lander is capable of relocating by performing a vertical takeoff, cruise, and vertical landing.

OrbitBeyond from New Jersey, will deliver up to four payloads to the lava plain Mare Imbrium (Sea of Showers) by September 2020. Mare Imbrium is one of the largest craters in the solar system. An asteroid formed the crater when it hit the moon 3.8 billion years ago.   It will use its Z-01 lander, which can deliver about 90 lbs (40 kg) to the lunar surface.

The moon landers will aid the overall Artemis project by helping NASA learn a few more details about the lunar surface. For example, scientists and engineers want to figure out just how much water ice might be lurking on the Moon’s surface. NASA spacecraft above the Moon have detected water. However, scientists still don’t know how much exists and how it is formed. Future explorers could potentially use this water for drinking. In addition, ice could be broken apart and turned into fuel for rockets. There are opportunities to study the radiation environment of the Moon and its magnetic field with these landers. The spacecraft will also carry payloads to study the composition of the rocks on the Moon’s surface.