The NASA Space Launch System (SLS) core stage has completed its testing and is on its way to Kennedy Space Center in Florida. According to NASA, it will be the most powerful rocket ever built. When completed, astronauts can explore destinations far into the solar system. NASA plans to have the SLS system ready for its new Artemis Moon Mission planned to occur in 2024. SLS is the only rocket that can send Orion, astronauts, and supplies to the Moon in a single mission.

The SLS core stage measures 212 feet tall and 27.6 feet in diameter. This makes it the tallest flight component ever built by NASA. The core stage includes the cryogenic liquid hydrogen and liquid oxygen tanks that will feed four RS-25 rocket engines. Furthermore, it contains the vehicle’s avionics and flight computer. Engineers tested the engines in March of this year. The engines fired for more than eight minutes. It set the record for the most powerful test conducted in more than 40 years.

“The SLS is the most powerful rocket NASA has ever built, and during testing, the core stage of the rocket generated more than 1.6 million pounds of thrust within seven seconds. The SLS is an incredible feat of engineering and the only rocket capable of powering America’s next-generation missions. These missions plan to place the first woman and the next man on the Moon,” said acting NASA Administrator Steve Jurczyk.

Together, the elements will supply propellant, vehicle control, and power to the four RS-25 engines at the bottom of the stage. These elements will produce more than 2 million pounds of thrust to send missions to the Moon. 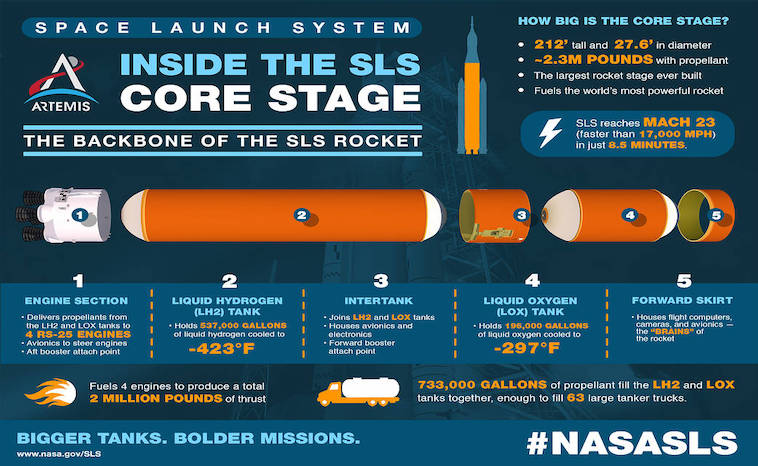 How does one move a 212-foot tall rocket? NASA has a barge named Pegasus.  The SLS core stage will be the longest item ever shipped by a NASA barge.

NASA built Pegasus in 1999 to move tanks used for space shuttles. The SLS core stage is more than 50 feet longer than the space shuttle external tank. In addition, it is more than 600,000 pounds heavier. As a result, the Pegasus Barge underwent restructuring to accommodate the SLS core. 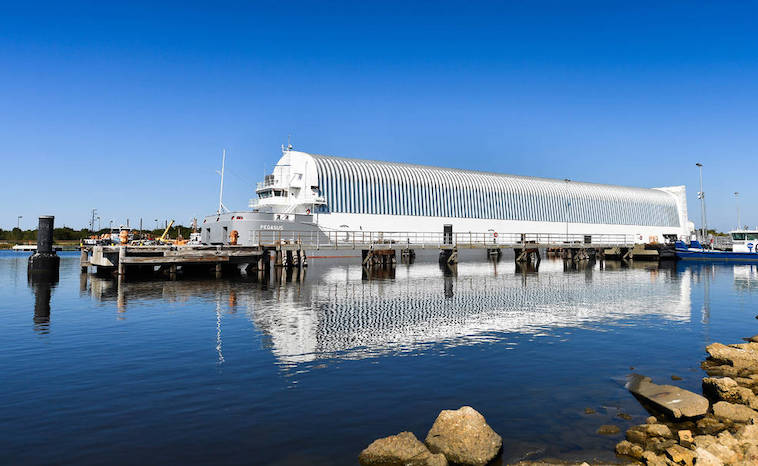 As the Space Launch System makes its way to Kennedy, engineers continue to work on the other components. If all goes well, NASA hopes to have a successful mission to the moon ready for 2024.