On May 5th, 1110 the moon vanished from the sky. Read on to learn what scientists think caused this alarming event.

The Moon vanished one night in May of 1110. One minute it was shining brightly. Minutes later, its glow diminished, and then the Moon disappeared completely. Were clouds to blame? According to medieval scribes, it was a clear night. Clouds were nowhere in sight. Could an eclipse explain the disappearance? If an eclipse occurred, the scribe would have noted the change of color and stated a “blood moon.” However, no one could explain its vanishing.

One paleoclimatologist thinks he has the answer. Dr. Sebastian Guillet and his team recently reported their findings in the April 21 issue of Scientific Reports. They believe that volcanic activity from Japan caused the disappearance as reported by the people in Europe. The team scoured over 130 sources from the 12th century for accounts of the event, from England to France to Japan.

During the unusually dark ecliptic blackout, the Moon was “so completely extinguished withal, that neither light, nor orb, nor anything at all of it was seen,” the person reported. The report was documented in a manuscript called the Peterborough Chronicle. Furthermore, it  added that the dark Moon “continued nearly until the day, and then appeared shining full and bright.” In the millennium since, nobody has come up with a comprehensive explanation for this bizarre occurrence. 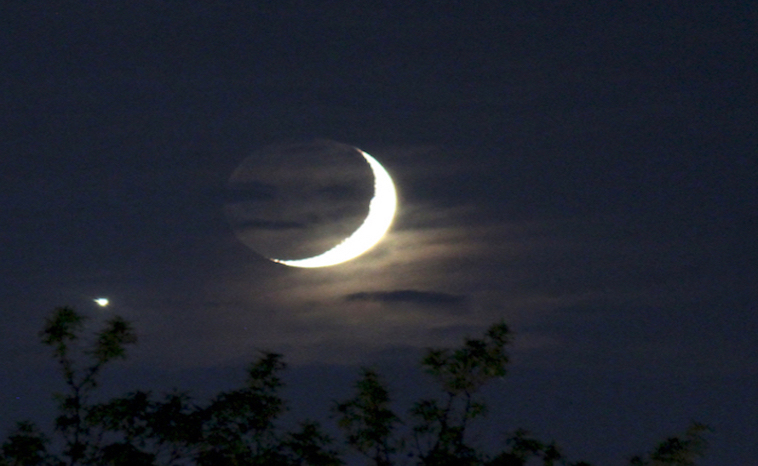 To bolster these observations, the researchers hunted down tree ring records that span this period, because these patterns inside trees grow in response to seasonal climate patterns. The rings suggested that the year 1109 in Western Europe was unusually cold and rainy. This may be an anomaly caused by the global effects of a volcano spewing dust and ash into the skies. This eruption was described as throwing fire into the sky. Thereby rendering nearby fields unfit for cultivation. It could have contributed to the sulfate spike in the Greenland ice core. The volcanic ash may also have polluted the sky with enough aerosols to cause the eclipse two years later, the team wrote

“Many more eruptions are evident from ice core records, and several of them have never been studied in detail,” Guillet concluded. “Therefore, there’s still plenty of work to do to understand better the influence of large eruptions on the climate system. In addition, we want to know which degree these eruptions impacted (or not) past societies.”

The spectacular atmospheric optical phenomena associated with high-altitude volcanic aerosols have caught the attention of chroniclers since ancient times,” the study authors wrote. “Careful evaluation of ice core records points to the occurrence of several closely spaced volcanic eruptions.” These may have occurred in Europe or Asia between A.D. 1108 and A.D. 1110.

Researchers call these volcanic events a “forgotten cluster” of eruptions. Why? Because historians sparsely documented them at the time. They believe they may have released towering clouds of ash that traveled far around the world for years on end. These cluster eruptions could cause a high-altitude veil of volcanic aerosols to blot out the Moon while leaving many stars unobscured.  However, a series of massive eruptions could have also disrupted the global climate. The research team believes that it caused the cold, wet weather that made life so miserable in A.D. 1110.