Did you know Mars has two moons? Did you know they are not anything like our moon? Let’s take a trip around Phobos and Deimos to learn all about these “rocky bodies.”

The Moons that orbit around Mars are very odd. In fact, they aren’t even round like Earth’s moon. They are actually quite irregular, like lumpy, bumpy potatoes.

Phobos is the Biggest 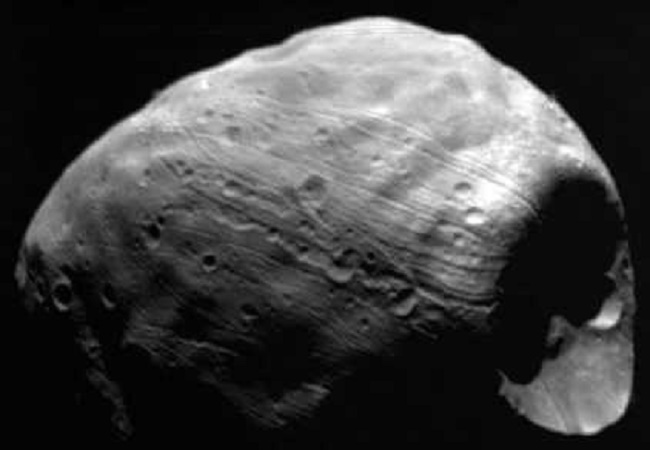 On August 8th, 1877, Mars’ largest moon, Phobos was discovered by an American astronomer named, Asaph Hall. But this wasn’t an easy task and Hall almost gave up on his search.

Phobos measures 10 by 14 by 11 miles (17 by 22 by 18 km). Its surface is covered with 3 feet (1 meter) of thick dusty powder. Scientists think this is likely caused by the crashing of meteors into this moon. Researchers also theorize that since Mars’ moons are so odd, they could have possibly been chunks of an asteroid that hit the Red Planet. These large rocks would have bounced off Mars, then got caught up in the clutches of its gravitational pull.

The same side of Phobos always faces Mars. This is due to its tidal locking. This moon orbits around Mars at 3,700 miles away (6,000 km).

Because Phobos is being drawn towards Mars a little each year, Scientists believe that it may eventually be pulled apart. But don’t worry, this will take from 30 to 50 million years.

Deimos Is Odd and “Small” 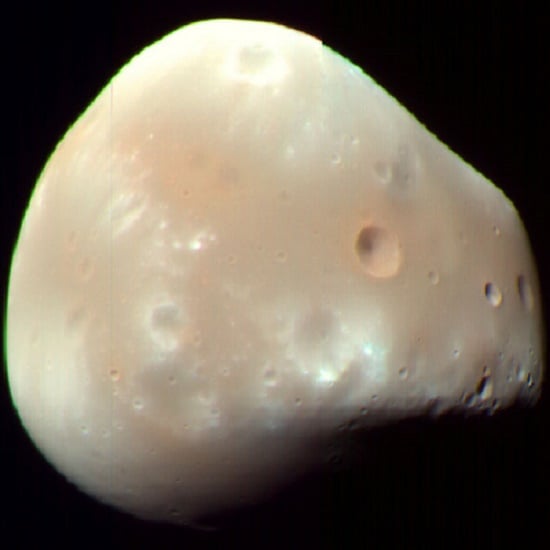 Deimos is the smaller, smoother and more round-in-shape than Phobos. This 9.9 mile wide moon (11 km) takes 30 hours to travel around Mars. Just like Phobos, Deimos is thought to be debris left over from a larger asteroid collision.

This little moon orbits at a distance of 14,573 miles (23,460 km) away from Mars. If you were standing on the Martian planet, Deimos would just be a small bright spot in the sky.

Unlike Phobos, Deimos is slowly drifting away from Mars. Scientists believe that millions of years from now, this small moon will eventually break away from Mars, never to be seen again.

There’s a crater on Deimos that measures 1.9 miles across (3 km). It is named Voltaire.

Now that we have discovered what these moons are all about, let your friends and family in on these fun facts. They may just get “mooney” over your brilliance…