Who was the first person to map the moon? Do we continue to map it today? Read on to learn more about mapping the moon.

In 1610, Galileo Galilei was the first person to use a telescope to survey the moon in detail through a full cycle of phases. His sketches were necessary, but other astronomers soon improved them. These early maps, with their plains, mountains, and craters remain impressive today. Why? They were done with cumbersome telescopes that were much inferior to today’s amateur telescopes.

Many observers hoped to record changes in the moon’s features. However, they had great despair because they could not capture by hand all the details before them. As time and technology advanced, photography offered a better avenue for mapping the moon. In fact, most moon maps today are based on photos, even if the final map is drawn or painted. In 1996, scientists mapped the Moon’s global topography using the laser altimeter on the Clementine spacecraft. The altimeter fired a laser beam at the ground, timing its return very accurately. Scientists knew both Clementine’s orbit and the speed of light. Consequently, they could determine the elevations of the landscape.

When looking at the moon, you would refer to each side as east and west, as we do with our regular Earth maps. The International Astronomical Union chose this convention. They agreed with NASA’s astronauts that for people on the Moon the Sun should rise in the east and set in the west.

Activity on the Moon

Searches for activity on the Moon began with Galileo almost 400 years ago. Observers have claimed to see concealing craterlets on Plato’s floor. The crater Plato is one of the most interesting for observers of the Moon. It is big (101 kilometers wide). Plato has developed a reputation for transient lunar phenomena (TLPs). For example, people claim to see flashes of light, unusual color patterns, and areas of hazy visibility. Scientists believe that the TLPs occur from the different illumination angles of the sun. Others think that meteorite strikes or gaseous escapes from the Moon’s interior cause the phenomena.

Why do people continue to believe that the moon is active? Observers at one time thought that the Moon’s features were largely volcanic in origin. Volcanoes still erupt on the Earth, and it is natural to expect similar activity on the moon. However, scientists now know that lunar features, especially craters, come from impacts. 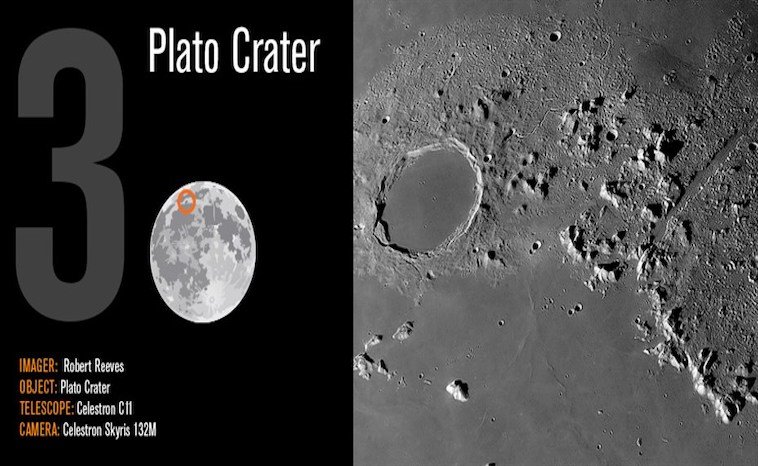 Best Times To Look At the Moon

One would assume that every time you look at the moon that it shows you all its best features. Here is a list of the best times to look at different areas of the moon.

In the evenings that follow the First Quarter, the Sun rises over some of the Moon’s most beautiful sights. In the south lie two notable craters — the giant Clavius, which spans 140 miles (225 km) and the smaller Tycho.

Do you want to learn more about the moon? Look for Moon Map books and other online resources. The moon has plenty of exciting features to explore and observe.