The World’s Most Powerful Magnet

Imagine a magnet that can break down doors. Scientists in Japan have created such a magnet. Read on to learn more about the world’s most powerful magnet.

How Does a Magnet Work?

Every material contains small magnetic fields called domains. Simply put, these domains do not face each other. However, a strong magnetic field can arrange the domains of any ferromagnetic metal. Consequently, they align to make a larger and stronger magnetic field. This is how most magnets are made.

In a secure room in Tokyo, an electromagnet exists that blew the doors off the room the last time it was turned on. Scientists measure magnetic intensity in units called Teslas. This machine has created the most powerful magnetic field ever recorded on Earth at 1200 Teslas. 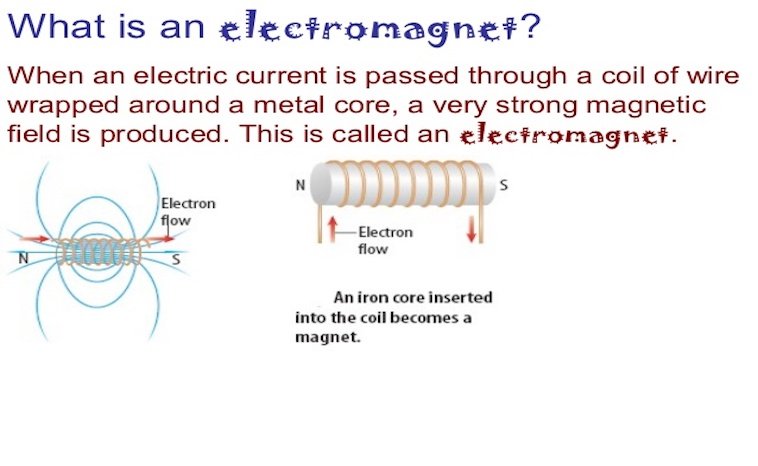 Why do the Japanese want to create a magnetic field over 1000 Tesla units? Scientists want to study the hidden physical properties of electrons that are invisible under normal circumstances. How do they produce the electricity needed to perform the test?

“The scientists pump megajoules of energy into a small, precisely engineered electromagnetic coil, the inner lining of which then collapses on itself at Mach 15 — that’s more than 3 miles per second (5 kilometers per second). As it collapses, the magnetic field inside gets squeezed into a tighter and tighter space, until its force peaks at aTeslaa reading unimaginable in conventional magnets. Fragments of a second later, the coil collapses entirely, destroying itself.” (Shojiro Takeyama, lead author)

If Takeyama and his team can achieve their goal, they can make fusion powered generators. Extremely powerful magnetic fields also have possible applications in fusion engineering. However, a problem exists with construction. Once they use the magnet, it destroys itself within moments of its creation. Consequently, it takes two to five months for the research team to build a new coil. The machine around the coil does remain intact.

Takeyama said that the advantage of his magnetic field is that it’s relatively robust. Compare that with magnetic fields generated by lasers or explosive devices. Those tests need to occur outdoors. In this case, its large enough to contain a substantial amount of material, yet it requires no explosives.

Fusion is the dominant source of energy for stars in the universe. It is also a potential energy source on Earth. When setting off in an intentionally uncontrolled chain reaction, it drives the hydrogen bomb. Fusion is also being considered as a possibility to power crafts through space.  With further successful research the Japanese team may find the answers to one day provide fuel for space travel.