Is your room full of stuff? Have you ever been told you have too much junk? If this is true, you may need to do a thorough cleaning of your room. But did you know there is lots of stuff floating around in space? This is called “space junk” and it can cause quite a problem. Read on to discover what space junk is all about.

Space junk can be anything that has been left behind in space like an astronaut’s tool or even a glove. It can also be bigger stuff like old engine parts, fuel tanks or even satellites that no longer work.

The Problem With Space Junk

It may not seem like even the tiniest of debris floating around in the vastness of space would be a problem, but it actually can be quite dangerous. Even small space junk (less than 4 inches long or 10cm) travelling at high speeds (which it does in space) can cause huge holes in anything it hits. Dust-sized debris can cause bullet hole-like punctures in anything it collides with in space. 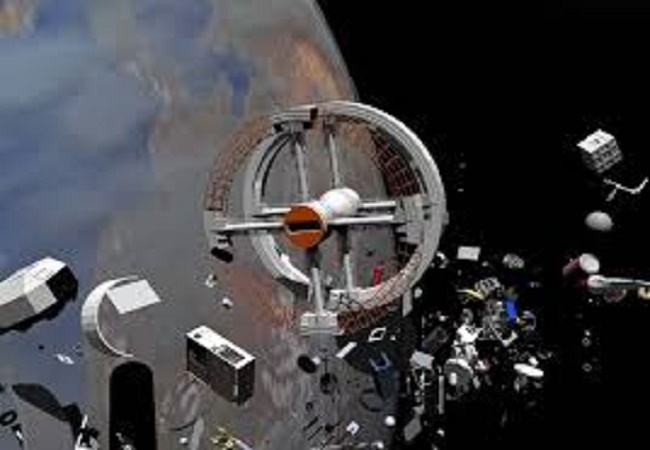 This happened with the Hubble Space Telescope’s solar panels. When these were brought back to Earth in 2002, they were peppered with impact craters up to 8 mm across. Smaller debris can even cause major damage or threaten a spacewalking astronaut. Impacts with larger junk can destroy or disable a spacecraft. This happened in 1996 to the French Cerise spacecraft.

Telescopes and radar are monitoring more than 12,000 pieces of junk floating around in space today. But there are many millions of pieces that are just too small to be recorded like flecks of paint and dust.

In addition, the European Space Operations Centre (ESOC) watches space debris very closely. It uses a telescope in the Canary Islands measuring 39.4 inches in diameter (100 cm) and a radar system based in Germany. Microscopic debris is also monitored by ESA’s Proba-1 satellite and on the International Space Station. 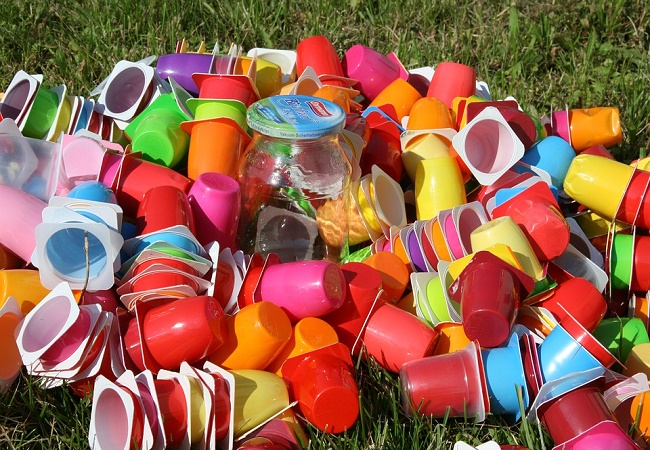 With this information, the ESOC can let a spacecraft know when it should move away from the path of identified oncoming debris. It also provides early warning of large objects that are about to re-enter the atmosphere.

Unlike stuff in your room or our homes, space junk cannot be recycled and it will not decompose the way it would here on Earth. So there’s not a whole lot that can be done. But with close monitoring, we can be sure we will be kept safe from an old shoe falling from the sky and onto our heads.

Want to learn more about space junk? Watch the interesting video below.