Do you love to read about space? Robots? Galactic Battles? Read on to learn more about the amazing stories of Isaac Asimov.

Isaac Asimov immigrated to the United States as a Russian born citizen at threes years old. By 1925, at the age of 5, he taught himself to read. This desire to learn advanced him academically and he graduated from high school at 15. He was an aspiring author and sold his first short story at the age of 19.

Isaac Asimov wrote a little more than 500 books in his lifetime. It is apparent that he liked to write the best. His family says that he wanted to work in a small confined space and spend hours upon hours writing. His perfect day consisted of writing from early in the morning until late at night. When he was not writing, he taught Biochemistry at Boston University. His novels covered all genres of fiction. In fact, his books placed in 9 out of the 10 Dewey Decimal system categories.

When Issac wrote “Nightfall” at the age of 21, he earned great credit as an author in the science fiction community. Shortly after this publication, he went to work in Philadelphia at the Naval Aviation Experimental Station. Oddly enough, two other well-known science fiction authors also worked at the Experimental Station. Robert Heinlein and Sprague de Camp worked alongside Asimov for a couple of years. Robert Heinlein worked as an assistant mechanical engineer. The Navy also asked him to write about the work at the Naval station. Heinlein’s science fiction writing introduced the concept of the waterbed, mechanical computer-aided design, and the first cell phone. Sprague de Camp worked as an engineer and wrote over 100 books during a 60 year period. This time was truly unique for three science fiction authors to work in a Naval Aviation Experiment Station during World War 2. Asimov was drafted toward the end of the war and left Philadelphia. In 1943 he returned to writing and wrote the stories that eventually would comprise his best-known work Foundation. 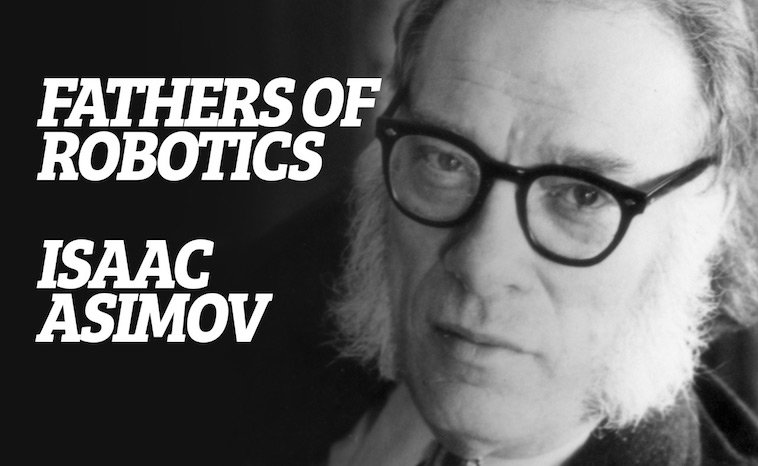 Many people know the movie I, Robot starring the actor Will Smith. What they do not know is that Isaac Asimov conceived the idea of the positronic brain. Isaac began writing robot stories in the 1940s. He developed ethics for the robots to keep them from becoming uncontrollable monsters.

For those that enjoy short stories :

The possibility of space travel to intergalactic worlds may not be real right now, but science fiction authors like Isaac Asimov can still transport us to another world thru the telling of a great story.