How do we know that the Earth is round like a sphere? What does science tell us about flat earth theories? Read on to learn more about our round Earth.

Long ago ancient explorers believed they would fall off the edge of the Earth if they went too far in one direction. They truly thought that the earth had edges. Maps were drawn with sea monsters and edges to them. What changed their minds? What happened that led us to believe that the Earth is indeed round?

The Science of Shadows

The first time keepers were sticks placed in the ground. Known as sundials, the ancients used them to tell the time of day based on the shadow cast. It consists of a flat plate (the dial) and a gnomon, which casts a shadow onto the dial. As the Sun appears to move across the sky, the shadow aligns with different hour-lines. Utilizing the same technique the ancient Greeks tested the flat Earth theory. They placed sticks at various locations and then compared the shadows. For example, when the sun appeared overhead the stick did not cast a shadow. However, 500 miles to the north, at the same time of day, they stick projected a shadow.

Therefore if the Earth were flat, both sticks would lack a shadow and not just one. The ancient Greeks believed in a round Earth. 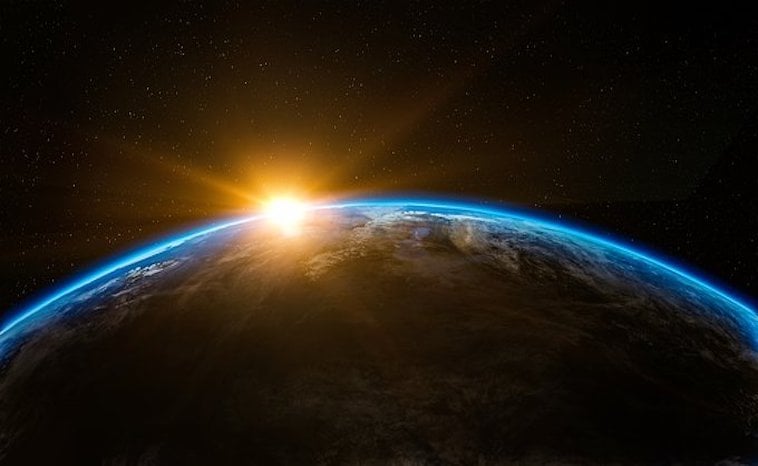 The Constellations Do Not Lie

If we live in the Northern Hemisphere, we see the following constellations.

Based on what the Dutch navigators saw in the 1600’s we know that the following constellations appear to the people living in the Southern Hemisphere.

How would the Dutch Navigator about southern constellations if they had fallen off the edge of the Earth during their journey?

Imagine that you are standing in a field in New York holding a bright light. Based on the flat Earth theory anyone living in Florida could see your light. Now one might say that would not make sense because you are standing on the ground. Let’s say you climb to the top of the Empire State Building with the same light. The person in Florida should see the light, but yet they cannot. Why? The curvature of the Earth limits our sight to about 3 miles (5km).

In January 2017, University of Leicester students sent up a weather balloon. On board was a camera. The balloon rose 77,429 feet (23.6 kilometers) above Earth’s surface. What did it find? The pictures taken by the camera showed the curve of the horizon and not a flat disc.

Thankfully we live during a time that our scientific instruments can remove theory and speculation from opinions. Sailors need not worry about falling off the edge of the Earth, and we can continue to enjoy everything about our big round planet.