Sitting abandoned in the desert of Yuma, Arizona sits the gun that helped advance the United States space program in the 1950s. Read on to learn more about project HARP.

During the 1950s, the United States and USSR were racing to become the first country to enter space. Each country conducted experiments using rockets and even animals to find out the regions beyond Earth’s atmosphere. During that time, some scientists worked on developing guns that could launch payloads into space. The High Altitude Research Project (HARP) was part of that program.

What kind of firepower and gun would it take to fire a payload into low earth orbit? That was the question that scientists tried to answer during the 1950s. Gerald Bull, a Canadien engineer, worked to find a way to launch such a payload with a gun. He believed that he could send a satellite into space without using a rocket. Bull thought that a large supergun would be significantly more cost-effective at sending objects into space than a conventional rocket.

During that time, the United States needed information about Earth’s upper atmosphere but, due to cost, could not send endless rockets for the research. The United States Army heard about Mr. Bull’s gun and contacted him. By 1962, the HARP program was underway, and Mr. Bull worked with the Army to develop the gun he believed would help learn about space. The U.S. Army provided Bull with the substantial financial backing and two 16-inch naval gun barrels complete with a land mount and surplus powder charges, a heavy-duty crane, and a $750,000 radar tracking system.

Barbados became the first test site for the gun. They picked this site for two reasons. Barbados lies close to the Earth’s equator, allowing the projectile to gain extra velocity from the earth’s rotation to reach higher altitudes. Second, projectiles coming back down to Earth would hit the Atlantic Ocean. The first test from the 16-inch gun on Barbados was fired on January 20, 1963. It became the first gun of that caliber ever fired at a near-vertical angle. The 315 kg test slug reached an altitude of 3000 meters (9,842 feet) in 58 seconds.

Over the next several years, they added to the length of the gun barrel. The longer barrel allowed the propellant gases to push on the projectile for a more extended time. In 1965, they successfully added an extension that allowed them to reach the altitudes they wanted. The extension almost doubled the length of the gun to 120 feet and weighed nearly 100 tons. It made the 16-inch Barbados gun the largest operational artillery piece in the world at the time.

The island of Barbados was not the only test site. By 1966. a test site was established in Quebec, Canada, and Yuma, Arizona. On November 18, 1966, the HARP gun operated by BRL at Yuma Proving Ground launched an 84-kg Martlet 2 missile at 2,100 m/s. It sent the Martlet 2 briefly into space, setting a world altitude record of 179 km (111 miles). This feat has remained the world altitude record for any fired projectile. Unfortunately, by 1967, both the Canadien and United States governments pulled the funding for the project. They cited reasons such as the escalating Vietnam War and NASA’s desire for large-scale rockets. 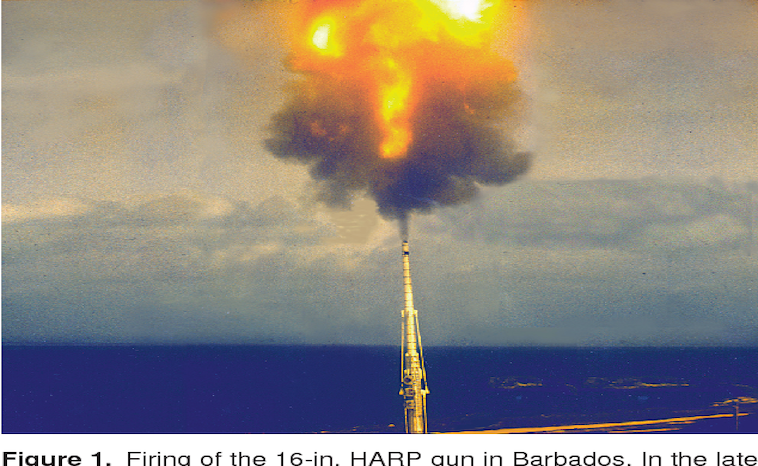 Today, the guns sit quietly. The one in Barbados slowly rusts away due to the wet weather. The HARP gun in Arizona rests in the blazing sun of the desert. Both helped advance our knowledge of space during a time of great enthusiasm for the unknown regions beyond our atmosphere. 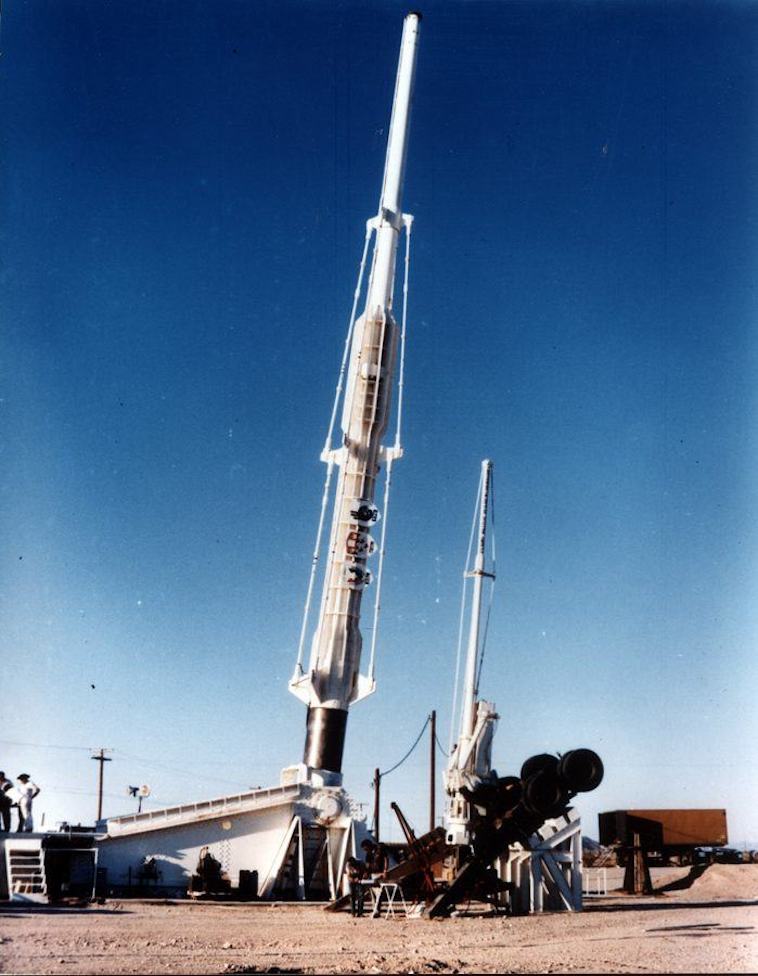