There are many of constellations in our night sky. Some are more visible during certain times of the year. Andromeda is one constellation that is easier to locate this autumn in the Northern hemisphere and it is also visible to those living in the Southern parts of the world. Check out these fun facts on this fascinating grouping of stars. 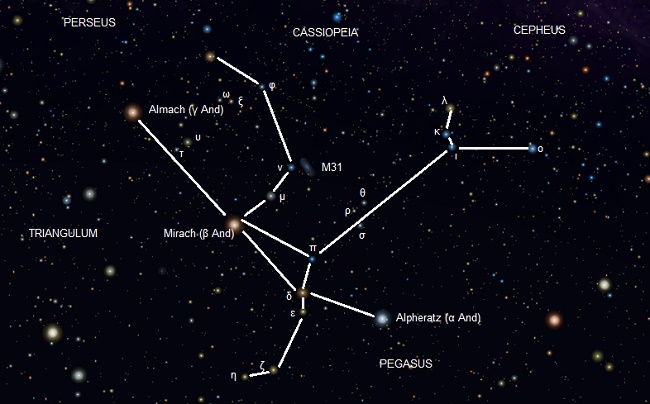 Did you know? Andromeda has a Galaxy called M31. 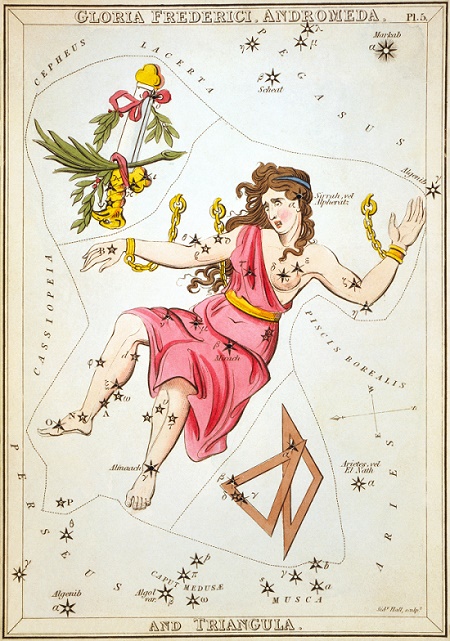 Princess Andromeda is a mythological character from Greek legends in which this constellation is thought to represent. Both the Princess and her mother, Queen Cassiopeia, were known for their beauty. But unfortunately, as the tale goes, the Queen was also very vain. This upset the gods, so they sent a sea monster to destroy her kingdom. However, the Queen and her husband, King Cepheus, plotted a plan to chain up the Princess to a rock for an offering to the sea monster. Luckily Perseus saw her bound and freed her from her chains. He then killed the monster.Later the two were married and had nine children.

Although, Princess Andromeda does appear upside down in the night sky, there really is no reference as to why.

The Andromeda galaxy lies within this constellation. It is located 2.5 million light-years away from Earth and is the furthest object that can be seen with the naked eye. 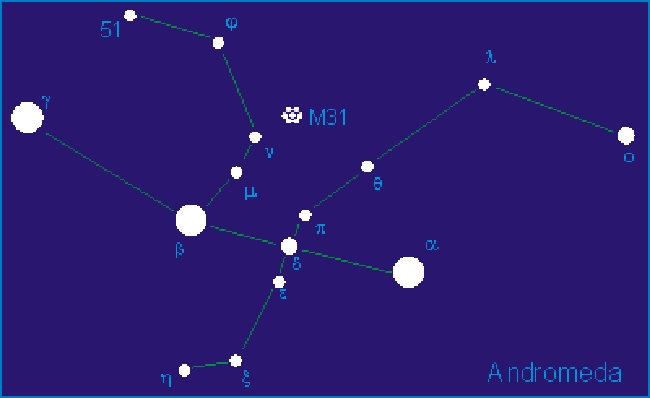 Andromeda has many stars, but only three shine very brightly. These stars are; Almach, Mirach and Alpheratz.

This luminous star is actually a triple star system with it’s main star being an orange giant that shines 80 times that of our Sun. It is also called Gamma Andromedae and it’s located 350 light-years from Earth.
Mirach Facts
This star is considered a red giant and is located 200 light-years from Earth. It has a mass about 4 times greater than our Sun and is 100 times larger. Sometimes, Mirach is the brightest star shining in Andromeda, but because its luminosity varies it is considered the second brightest in this constellation.
Alpheratz Facts
Alpheratz is the brightest star in Andromeda which is made up of two stars orbiting each other. The main star is a blue giant with a radius 3 times that of the Sun and twice as hot. It is also called Alpha Andromedae. 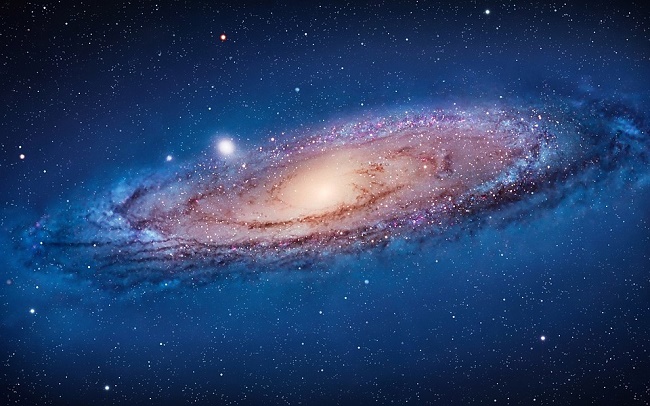 The Andromeda galaxy is orbited by several smaller galaxies, some of which are visible through a telescope or binoculars.

This beautiful galaxy shine brighter than many stars in the sky and can even be seen with the naked eye. It is even larger than our very own Milky Way.

Now that you know all about the constellation of Andromeda, why not grab your binoculars or a telescope and go see it for yourself? It’s fun to explore the night sky and who knows, you may just discover something out-of-this-world!