Researchers have recently released a report that Earth’s core has been leaking for over two million years. What impact has that had on the Earth’s top layer? Read on to learn more about Earth’s leaking core.

The deepest hole ever dug was the Kola Superdeep Borehole in Russian. This project attempted to drill down as deep as possible into the Earth’s crust. The hole goes seven miles down, and temperatures reach 350 degrees (176 celsius) at the bottom. To reach the end of the crust, the Russians would have needed to drill another 14 miles. Further, another 18oo miles span between the crust and the core. Scientists believe that the outer edge of the core is more than 9,000 degree (4,982 Celsius). In a recent report in Geochemical Perspective Letters, three researchers made a finding that Earth’s core is leaking.

The research scientists have found something strange happening inside the core. The researchers have proved that the core is leaking into the mantle. Magma from the outer core seems to travel through plumes. These plumes form volcanic islands like the ones in Hawaii. How did they figure out that the core was leaking? 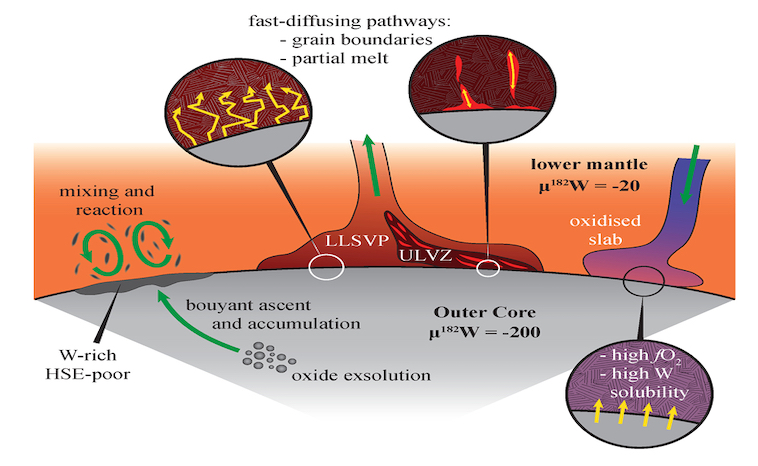 Hole in the Core?

Simply put the scientists used chemistry to figure out that the core was leaking. The core is made up of several elements. The core has iron, nickel, tungsten, platinum, and gold. The scientists looked at volcanic rocks to see if they could find these elements. Thet specifically focused on Tungsten, which has the highest melting point of all the elements. There are several different versions of Tungsten. This idea would be similar to having a milkshake that can be either strawberry, chocolate, or vanilla. The mantle has what is called Tungsten 182. The core has Tungsten-184.

Finding Tungsten in rocks is very hard to do, and only a couple of labs in the world can find it. The research team collected rocks from Hawaii and Iceland and sent them to a lab. What they found was incredible information. They discovered that Tungsten-184 appeared in the rocks, which proved that the core was leaking into the mantle.

Why does the core leak into the mantle? The scientists are not sure. They think that the core may still be turning into a solid. However, scientists cannot say for sure if this puts our magnetic field or dynamo at risk. The benefit of this discovery appears in the research itself. Now that scientists know what tools help them, they can find more answers to what is happening thousands of miles below the surface.

We look forward to seeing more discovery in this area of science.