We can’t see the wind and we certainly can never catch it. But it can be fun when we have a new kite, want to play in the waves or even just need to cool off on a hot summer’s day.

Wind doesn’t only happen here on Earth. Did you know there are three other planets known for their super-powered wind storms? Check them out…just be careful not to get blown away. 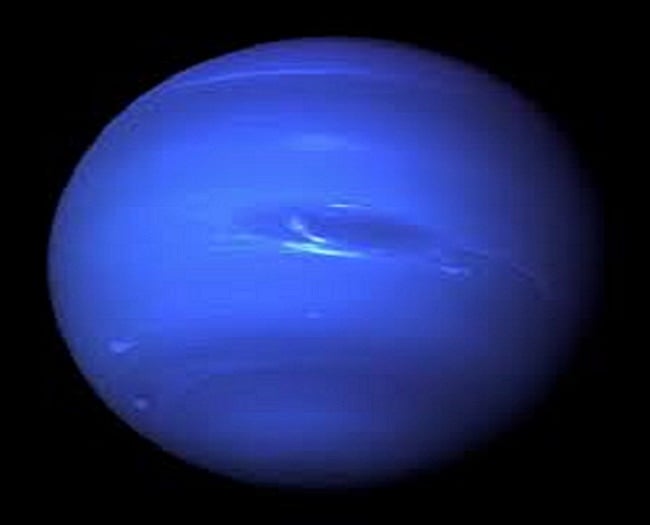 You probably already know that Neptune is the 8th planet from the Sun. It is 17 times the mass of Earth and has an atmosphere that is made up of mostly hydrogen, with a little bit of helium and methane mixed in.

But did you know on the surface of this gas planet are super-sonic storms?

These high-speed winds track around the planet all the time. In fact, there’s one particular spot that had a storm brewing for five long years. The Great Blue Spot could actually be seen from space. It was recorded in 1989 when the the spacecraft, Voyager 2 passed by. The Great Blue Spot is thought to have been as big has the entire Earth! 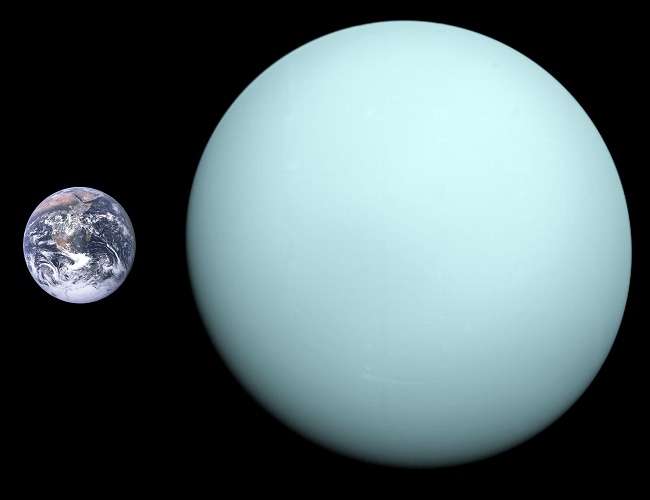 So you know that Uranus is the 7th planet from the Sun. I’m sure you already know that its atmosphere is mostly made up of hydrogen and helium. And it’s surface is a frozen mass of ammonia and methane.

But what about those storms that are brewing all the time?

Did you know these super-powered winds can whiz by up to 560 miles-per-hour (900 kilometers-per-hour)? These intensive wind storms can produce dark spots on Uranus just like Neptune and Jupiter. Plus, it has different cloud patterns. Some of these can last for just hours, while others go on and on for years and even decades! 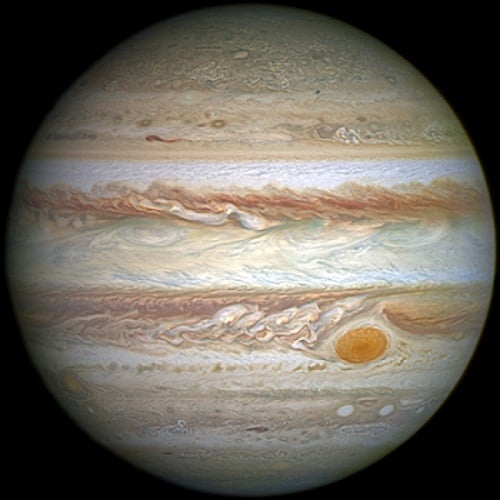 We can’t talk about windy weather without giving Jupiter’s Giant Red Spot a shout out.

Jupiter is the biggest planet in our solar system. It’s windy weather is so powerful that it creates patterns and bans across its surface. But the biggest storm on Jupiter has been raging for over 300 years now. The Giant Red Spot swirls at the speed of 270 miles-per-hour (434 kilometers-per-hour). It is also at least three times the size of Earth. Whoa!

When you look at the picture of Jupiter, you will notice all those colors. Scientists believe those high winds may very well be causing them and even changing the patterns over time.

Are You Blown Away?

The next time you are outside on a windy day, image how much more windy it is on Neptune, Uranus and Jupiter. The small breezes we feel here on Earth, can not compare to these wind giants.

Want to discover more cool things about these and other planets? Check out your Planetary Person to see how you would change if you could stand on each planet in out solar system.