Does a stargate portal exist in South America? What do local people and shamans report about a massive stone wall? Read on to learn more about stargates in South America.

Eight hundred miles below the city of Lima, Peru, sits beautiful Lake Titicaca. It is here that visitors from around the world visit the “Gate of the Gods.” These visitors believe that a massive stone doorway carved into a sheet of rock may lead to other worlds. For Incans, Lake Titicaca was where the world was born. It was also the place their souls would return to after death.

Some people believe that stargates are a series of devices built by ancient people or aliens. These portals create artificial subspace wormholes. As a result, they allow near-instantaneous transportation between two distant points in space. The stone wall, called Aramu Muru, after an ancient priest, features a carved flat stone with a doorway. The flat stone measures approximately 23 ft (7.0 m)square, with a T-shaped alcove measuring 6 feet and 6 inches (198 cm) tall carved into it. At 14,000 feet above sea level, the doorway does not go anywhere.

Local inhabitants speculate that aliens created the doorway and called it “Gate of the Gods.” The question remains, why would someone carve something that large and add a doorway that leads to nowhere? 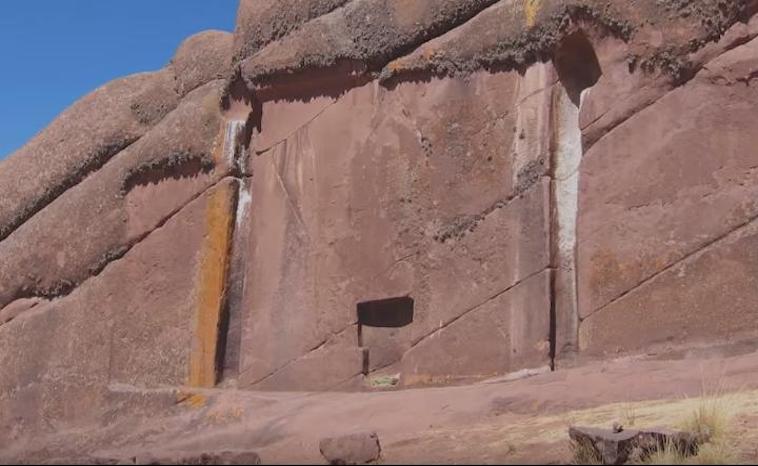 Archaeologists visited the site and discovered a small circular impression in the doorway. One could speculate that this circular impression would hold a golden disk. In addition, Aramu Mura priest served in the Temple of The Seven Rays. At this time in his life, the Spanish were conquering much of South America. To escape death, Aramu Mura escaped with several priests to the “Gate of the Gods.”

The priests that fled with him reported the event. In their statement, the doorway opened, and Aramu Muru disappeared into a tunnel. They believe he entered the world of the ancient gods.

How did pre-industrial people like the Incas have such an understanding of engineering, architecture, and construction?

Researchers and others believe that other stargates also exist. For example, in Bolivia, there’s the Gate of the Sun, a structure carved by the Tiwanaku people thousands of years ago. The Gate of the Sun stands approximately 3 meters tall and carved on a single block of stone.  When rediscovered by European explorers in the mid-19th century, the megalith was lying horizontally and had a large crack going through it.

Archaeologists believe that the stone figures have astronomical connotations and resemble human-like beings with wings and curled-up tails. Furthermore, they appear to be wearing rectangular ‘helmets.’ The ‘ Sun-God’ in the center and is sculpted with rays emitting from his face in all directions. He also appears to be holding a staff in each hand. Could this structure also represent a stargate? 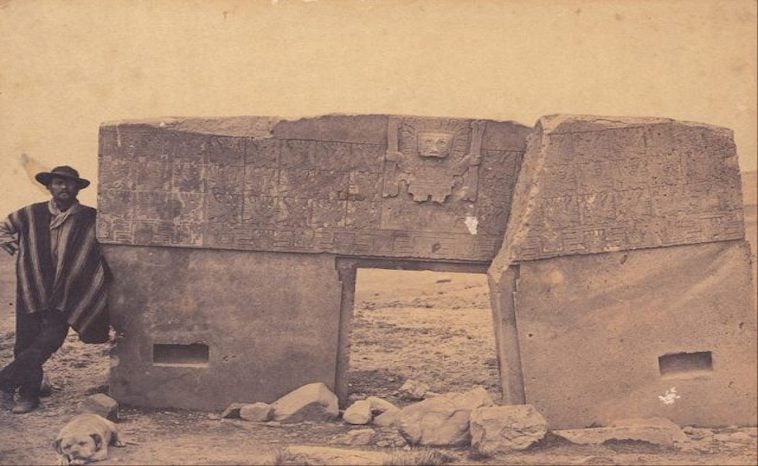 Some suggest that the carvings at the top represent a calendar. However, there are only 290 days on it. Did this align with a planet or constellations? For now, we can only speculate as to the significance of these structures? Maybe one-day ancient texts will reveal their purpose.