How did the dinosaurs become extinct? Most believe that a meteor crashed into the Earth and caused them to die. What if the meteor did not strike the Earth in Mexico? Read on to find out what would have happened if the meteor missed Mexico.

Scientists have long held the belief that the dinosaurs became extinct due to a meteor hitting the Earth. A large meteor impact would have sent dust and ash into the atmosphere. Consequently, the Earth would not have enough sunlight to aid in plant growth. Japenese scientists wanted to know if the same level of extinction would have occurred if the meteor hit someplace else on Earth. What caused such a large blockage of light? They think they now know.

Originally proposed in 1980, the theory exists that the extinction of the dinosaurs was caused by a massive comet or asteroid impact, estimated to be 10 km (6.2 mi) to 15 km (9.3 mi) wide. The meteor strike would have released as much energy as 100 trillion tons of TNT, more than a billion times more than the atom bombs that destroyed Hiroshima and Nagasaki combined. As a result, the impact made it impossible for plants and plankton to carry out photosynthesis. Without photosynthesis, plants die and animals starve. As a consequence, the only animals thought to survive were sea turtles, crocodiles, and small animals weighing under 25kg (55lbs)

This area of Mexico contained rocks loaded with hydrocarbons. Hydrocarbons are organic compounds, made up of hydrogen and carbon atoms. Rocks containing hydrocarbons are used in the petroleum industry for fuel. Japanese scientists suggest that the superhot debris caused wildfires across the planet. Furthermore, it also ignited rocks loaded with hydrocarbon molecules such as oil. They calculated that such oily rocks would have generated vast amounts of soot.

What if the meteor had hit someplace else? A place with less hydrocarbon rich fuel?

How much hydrocarbon needs to exist in an area for the burning soot to block the sun? In order to cause a mass extinction, the global surface temperature would need to drop 14-18 degrees Fahrenheit (8-10 degrees Celsius). Ultimately, the asteroid impact would have to send 385 million tons of soot into the atmosphere. They believe that only 13 % of the Earth contains enough hydrocarbon-rich rocks to accomplish this needed level of soot. If it had hit in a low to a medium-low level area, the result may have turned out quite differently. 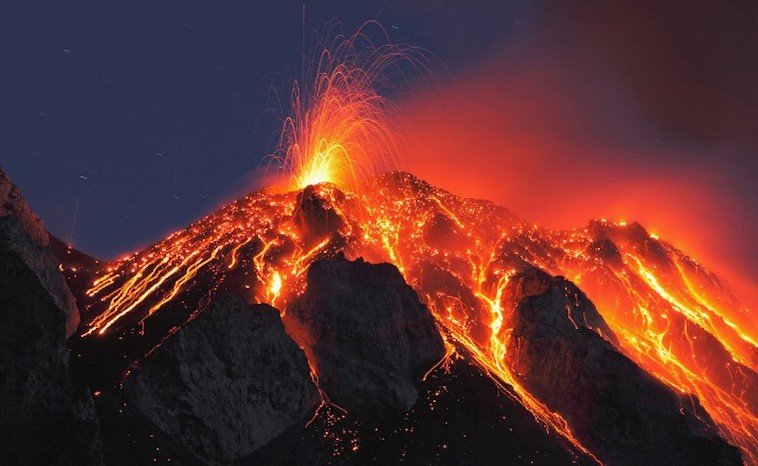 A study released out of the University of Florida in 2016 also linked volcanic eruptions in India to the extinction. Scientists believe that the Deccan Traps in India weakened the ecosystems on Earth prior to the asteroid impact. The Deccan Traps began forming about the same time as the meteor strike. As a result, the amount of ash and other debris going into the air made a negative impact on the atmosphere. With a combination of meteor strike and the volcanic activity in India, the Earth saw extreme atmospheric changes.

Researchers continue to study the extinction of the dinosaurs. The uncovering of data by paleontologists and biologists keep us interested in the massive creatures that once walked the Earth. For this reason, we enjoy seeing the results of ongoing research and look forward to new information.