NASA has accepted a new proposed space probe for the planet, Venus. Read on to learn more about the probe that was inspired by an ocean creature.

A team at the University of Buffalo has designed a space probe based on the body structure of an ocean stingray. NASA accepted the Bio-inspired Ray for Extreme Environments and Zonal Explorations (Breeze) probe for its Innovative Advanced Concepts (NIAC) program. Why does NASA think that this probe will work for exploration on the planet Venus? Several factors went into this decision, including Venus’s weather and rotation.

The research team at the University of Buffalo admittedly looked to nature for their design. The fins on the side of a stingray’s body act like wings to help it “fly” gracefully through the water. They found that the flapping may be easily stored during transport. Furthermore, the flaps could withstand Venus’s strong winds. The winds on Venus are powerful, circulating around the planet in just a matter of days.

Venus rotates more slowly than any of the other planets in our solar system. The planet takes about 225 days to orbit the sun and it takes 243 days to rotate on its axis. Consequently, a day on Venus is actually longer than a year. For this reason, the planet has a “dark side” that faces away from the sun for extended periods of time.

Once it arrives at our neighboring planet, BREEZE is designed to travel around Venus every four to five days. It will be powered by solar panels that will charge when the craft is on the side of the planet lit by the sun. Developers believe that this can happen every two to three days. Furthermore, it will also use specialized instruments on board to gather data. For example, it will take samples of Venus’ atmosphere and track weather patterns and volcanic activity. 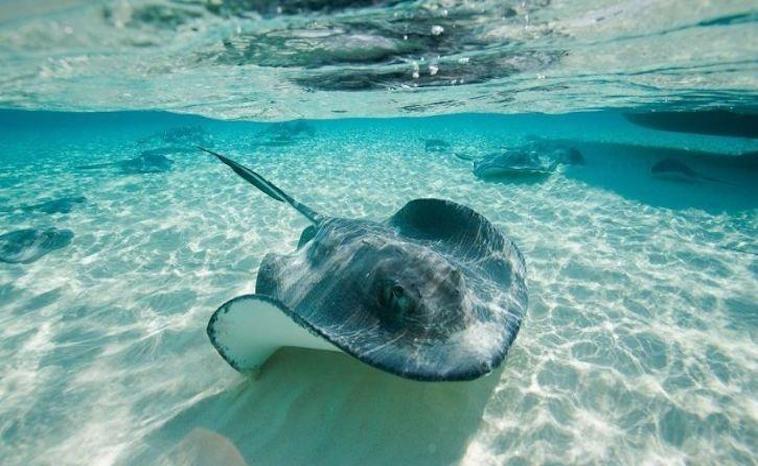 The concept for the space probe is still is in the design phase. Developers want a solar-powered spacecraft with flapping wings.  Tensioning cables would control the craft to rise and fall in the atmosphere. These wings mimic the movement of a stingray through the water. Their goal would allow BREEZE to fly in Venus’s upper atmosphere while still maintaining control. “The design could make efficient use of high winds in the planet’s upper atmosphere while providing scientists unparalleled control of the vehicle,” said a team leader. Furthermore, they have added a buoyancy control that helps the Breeze to reach heights more efficiently than other gliders. Multiple BREEZE concepts can be flown to provide the complete surface mapping.

Unlike other proposed Venus fliers, the BREEZE concept has a tension based system. This system allows for the removal of most rigid support structures other than those needed for the payload. The internal tensioning system is inspired by the wing-warping design of the original Wright flier. Wing warping involves the flexing of structural frames. They also want BREEZE to be highly compact so it can be housed in small entry vehicles.

Future Use in Space

In addition to Venus, BREEZE can be applied to other celestial bodies with a high-density atmosphere. For example, BREEZE could see use on Saturn’s moon Titan or even Earth. Developers see testing here on Earth as an advantage. They can control what happened and fix problems as they arrive. With good research, the BREEZE space probe may see Venus in the next ten years.