How deep in the Earth do blue diamonds form and how do they get there? Read on to learn more about rare blue diamonds.

One of the rarest blue diamonds in the world has traveled through four centuries of history, through the hands of kings and queens, and today resides at the Smithsonian Museum of Natural History. Where did this spectacular blue diamond come from? Are there more like it in existence?

Blue diamonds come from one-hundredth of 1 percent of all mined diamonds in the world. A team of geological researchers from the United States, Italy, and South Africa set out to study the history behind them.

“These blue diamonds are tremendously valuable, making them hard to get access to for scientific research purposes,” lead study author Evan Smith of the Gemological Institute of America. In a new study from the journal Nature, Smith and his colleagues spent two years getting familiar with the world’s most expensive blue diamonds. Revealing the mysteries of the formation of a diamond means understanding the parts of the diamond. 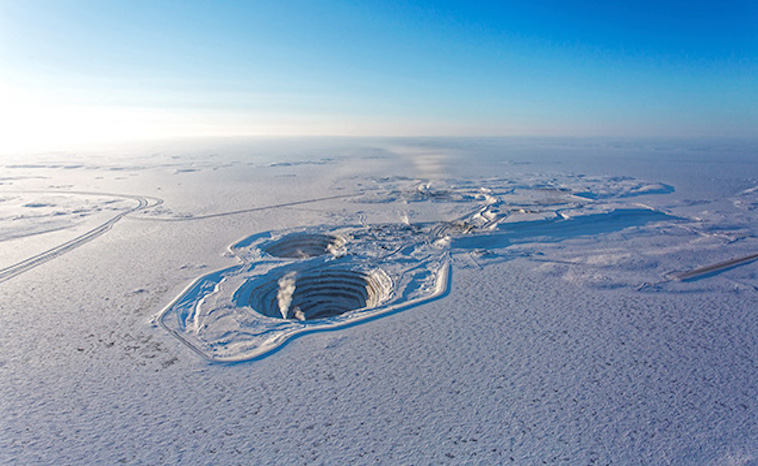 For the researchers to determine the composition of the diamonds, they used a Raman spectroscopy. Raman spectroscopy is one of the vibrational spectroscopic techniques used to provide information on molecular vibrations and crystal structures. The technique uses laser light to look at the sample. Next, they compare the test to a chart which can help determine content. The inclusions in the blue diamonds they tested looked like rocks that could form only in Earth’s lower mantle. Earth’s lower mantle is about 250 miles to 410 miles (410 to 660 kilometers) below Earth’s surface. Most other gems originate 90 miles to 125 miles (150-200km) below the ground. These rare diamonds occur four times deeper than the rest. As a matter of fact, this makes them the deepest diamonds found on Earth.  How do they rise to the surface?

Making An Appearance At The Surface

How do the Blue diamonds get to the earth’s surface? Scientists know that blue diamonds get their color from Boron. This element is found in underwater mineral deposits. To reach the diamonds at 250 miles below the surface, scientists believe that the Boron interacts where tectonic plates crash together. When tectonic plates come together, the denser plate folds under the less dense plate. The crushing of the plates can release the diamonds from their deep position. As a result, the boron can reach them and give them their blue color.

Now that we know a little more about where blue diamonds come from, we can appreciate the history of the Hope diamond. The 45-carat diamond has changed hands several times over the last 400 years. Kings have owned it, merchants, high society ladies, and it has gone missing several times. However, the diamond has found a permanent home at the Smithsonian Institute of Natural History for all to enjoy its long journey from the deepest parts of the Earth.