Scientists use advanced computers to collect and interpret large amounts of information to study the universe. Before that astronomers used paper and pencil and eventually cameras to collect data. Read on to learn more about photographing the night sky.

In ancient times, astronomers collected data and wrote down that data on papyrus. In fact, the first complete star map that still exists today was made in 650 A.D. in Dunhuang, western China. The star atlas was meticulously drawn onto a piece of paper, then filed away with other documents in a temple alcove. A Taoist monk rediscovered the map hidden behind a wall in 1907.

The Dunhuang map provided a detailed image of the sky that later helped modern astronomers with their data research. With the lack of good observation tools, early astronomers encountered limitations in their data collection. Researchers did not discover another complete star map for hundreds of years. Civilizations could only observe the brightest stars and planets with their eyes. This limitation lasted for almost a thousand years. Eventually, astronomers utilized technology to observe and collect data and our understanding of the universe increased exponentially. 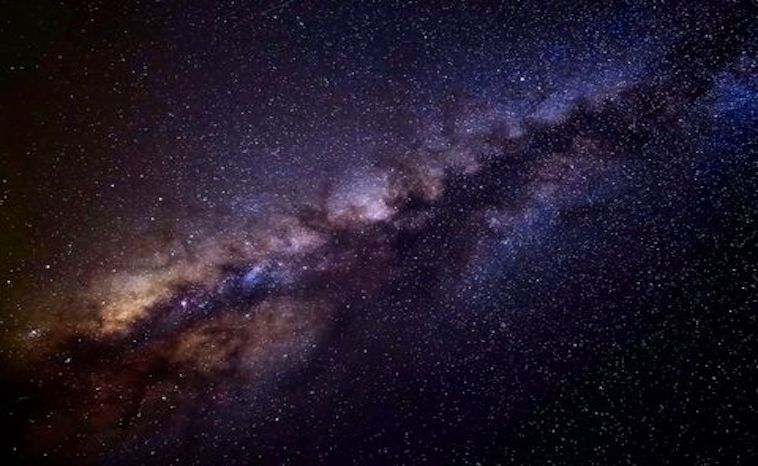 In the 1850s and 1860s, scientists created astronomical spectroscopy. They used wavelength to analyze starlight and with this new technology, they were able to measure the composition and relative motion of stars. Consequently, they created new star maps with greater detail and three-dimensional perspective. In the late 1800s, astrophotography advanced the field yet again. The photographs revealed nebulae, galaxies, and dim stars. They learned to use longer exposure for the film in the camera. As a result, their recordings were more accurate.

A few years later, in 1923, American Cosmologist Edwin Hubble calculated the location of the Andromeda galaxy using astrophotography. If he had not used photography, he never would have discovered the Cepheid variable. Furthermore, this measurement allowed him to prove that the Andromeda galaxy existed outside our galaxy. The photographic plates from Hubble’s astrophotography made a new map of the stars with photographs. It showed a three-dimensional universe.

Years later advances in photography made another advance with electronic detectors. Today the Hubble telescope uses this technology to collect data.

“As with all of Hubble’s current instruments, WFPC2 used electronic detectors, not film, to record its images. In WFPC2’s case, four postage stamp-sized pieces of high-tech circuitry called Charge-Coupled Devices (CCDs) collected information from stars and galaxies to make photographs. These detectors were very sensitive to the extremely faint light of distant galaxies. They could see objects 1,000 million times fainter than the naked eye can see. Less-sensitive CCDs now work in all digital cameras.

CCDs are electronic circuits composed of light-sensitive picture elements (pixels), tiny cells that, placed together, resemble a screen-door mesh. Each of the four CCDs contains 640,000 pixels. The light collected by each pixel translates into a number. These numbers (all 2,560,000 of them) then go to ground-based computers, which convert them into an image.” (NASA-Hubble)

We have come a long way since 650 A.D. when a Chinese monk mapped out the stars on papyrus. Each year our technology increases and one day we may be able to see the existence of dark matter.