Imagine traveling to space as an astronaut and then diving to the deepest part of the ocean. Read on to learn about one amazing astronaut that accomplished both of these missions.

Some people want to become astronauts and travel into space. While others want to explore the deepest parts of the ocean, each endeavor comes with challenges, both physical and mental. NASA astronaut Dr. Kathy Sullivan has become the first person to both walk-in space and dive to Challenger Deep, the deepest part of the Mariana Trench.

“As a hybrid oceanographer and astronaut, this was an extraordinary day–a once-in-a-lifetime day–seeing the moonscape of the Challenger Deep and then making the call between the I.S.S. and DSSV Pressure Drop,” said Sullivan. After her dive, Dr. Sullivan called the astronauts onboard the International Space Station. 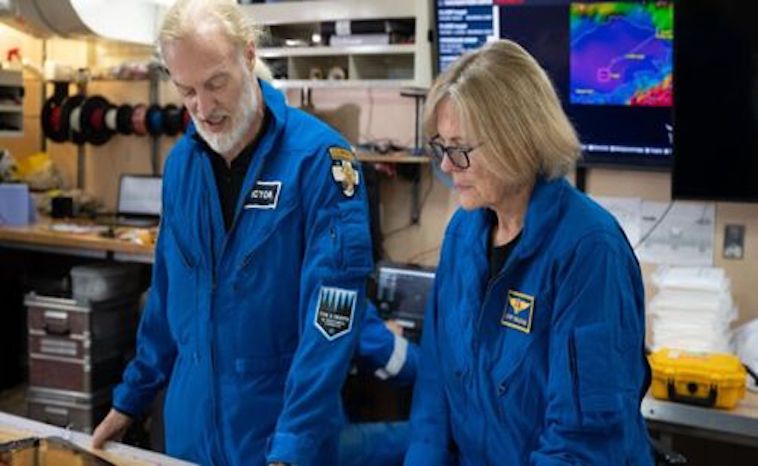 The Challenger Deep is the lowest point in the Mariana Trench. The trench represents a gap between tectonic plates that stretches 1,500 miles along the western Pacific. Furthermore, oceanographers believe that it is the deepest gorge in all the world’s oceans.

At the bottom, the pressure reaches over 15,000 pounds per square inch. The average depth of the ocean lies about 12,00 feet. However, Challenger Deep lies about 36,200 feet deep.

Challenger Deep takes its name from the H.M.S. Challenger, a 19th century Royal Navy ship that circumnavigated the globe to study the world’s oceans. Today, Victor Vescovo heads the expedition of research dives to the Mariana Trench. This dive is part of the Caladan Oceanic’s Ring of Fire Expedition.

The purpose of the dives is to observe volcanic vents, identify new species, and conduct the extensive mapping of the U.S. Exclusive Economic Zone. The mapping comes at the request of the National Oceanic and Atmospheric Association (NOAA).

“Ocean exploration, however, is not randomly wandering in hopes of finding something new. It is disciplined and organized. Furthermore, it includes rigorous observations and documentation of biological, chemical, physical, geological, and archaeological aspects of the ocean,” the NOAA website says.

The Ring of Fire Expedition has four phases.

Phase 2: June  17-28 This phase features the dive of Kelly Walsh. He is the son of Dr. Don Walsh, the first man to explore Challenger Deep in 1960. In addition, a survey of the ecology and mapping conducted by Victor Vescovo.

Phase 3: June 29- July 10 A dive by Susan Casey, author, and journalist. She will become the first author and journalist to descend more than 8,000 meters (26,246 feet). In addition, oceanographers will research the northern region of the Mariana Trench.

Phase 4: July 11- 30th- The research team will continue to map the area. After this mission, the team will have mapped more than 1 million kilometers (621,371 miles) of the ocean floor.

Researchers learn more about Challenger Deep with each successful dive attempt. One day researchers may have more knowledge about Earth’s Oceans than Mars. This information may help humanity, both medically and environmentally. We wish them the best of luck and look forward to learning what they discover.