Scientists believe that asteroids hold valuable resources that we could use on Earth? How do they plan to get metals and water from the asteroid? Read on to learn more about mining asteroids.

Scientists believe that asteroids contain resources that would help further space exploration. Currently, the ability to travel thru space with enough fuel to power the spacecraft along the way proves difficult. What they would like to do involves mining water and other fuel sources from asteroids. 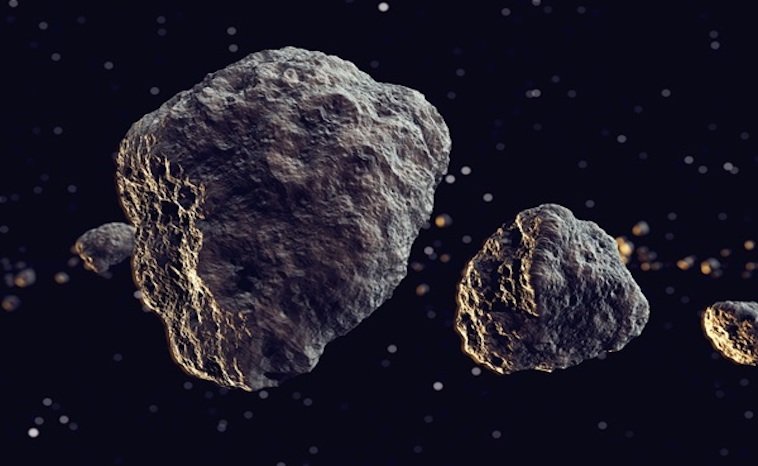 What does it take to leave Earth’s atmosphere and enter into orbit? As a matter of fact, to get  1 Kilogram of product into Low Earth Orbit (300Km) it takes 50 kilograms of propellant. Four more kilograms would take the craft 35,000 Kilometers and into Geosynchronous orbit.

More accessible than the Moon, near-Earth asteroids are comprised of natural resources. These resources have the potential to push space exploration. Rockets run efficiently on hydrogen and oxygen in a process known as electrolysis.

Scientists believe that infinite quantities of water exist on asteroids.  In addition, these asteroids contain may contain rare metals like platinum or gold.

“One small asteroid of, say, 50 meters in diameter could contain billions of dollars worth of these metals, pure and ready for easy extraction. Likewise, an icy asteroid of the same size could contain enough water to power the entire space shuttle program.” (Gizmodo, 2012)

A company named Planetary Resources currently has research underway developing a way to extract these resources from the asteroids. With the launch of Elon Musk’s Falcon Heavy, they believe that their ability to get to and land on these asteroids has dramatically increased. First, Planetary Resources plans to send machines to prospect low earth orbit. They will track near earth asteroids. Furthermore, they will assess the possibility of reaching and mining them.

Second, they will launch prospectors with propulsion capabilities.  These will approach asteroids and analyze their composition.In addition to identifying the best candidates in terms of distance, speed, physical stability, and composition, they will launch the actual mining spacecraft.

They hope to grab asteroids and bring them closer to Earth for mining. Ultimately, they hope to capture smaller ones to move them to the moon and process them there.

In 2020, Planetary Resources will deploy multiple spacecraft via a single rocket launch. The rocket will carry the exploration spacecraft just beyond the influence of Earth’s gravity where they will continue their journey using low-thrust ion propulsion systems. Therefore, each spacecraft will visit a pre-determined target asteroid to collect data and test material samples. (Planetary Resources, 2017)

With the creation of powerful rockets and development of mining fuel sources, the future of space exploration looks quite promising.

Recovering Meteorites From the Ocean