What is a quark?

The idea of the existence of quarks was born from the fact that hundreds of different subatomic particles have been discovered in the last half century. The knowledge that many of them take less than a billionth of a second before they disappear or transform, only confused the scientists at the time.

Why are all these particles so different from each other?

Is it possible to group them all into several large families that would unite many of their different characteristics and thus form several separate groups? In that way, it would be achieved that instead of numerous individual particles, we have only a few of their basic families. Some sort of order had to be established in that “jungle” of subatomic particles.

In early 1961, the American physicist from the University of California * Murray Gell-Mann and the Israeli Yuval Ne’eman, independently of each other, began work on establishing a system in the organization of numerous sub-atomic particles. 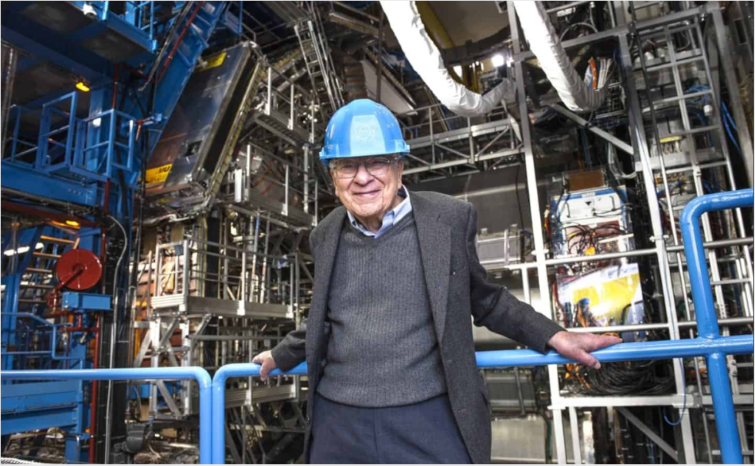 Then Gell-Mann predicted a family of particles called omega-minus, with very unexpected and unusual properties, which no one had encountered before. Knowing what properties new particles should have, physicists knew exactly what to look for.

Finally, in 1964, their efforts paid off – exactly the particles described by the genius Gell-Mann were found, which in 1969 brought him the Nobel Prize. 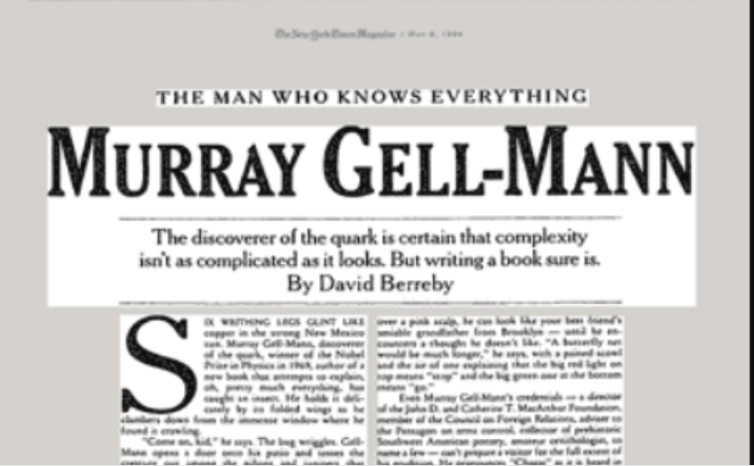 Studying the newly formed families of subatomic particles, Gell-Mann focused on the idea that they all consist only of combinations of a few even simpler and more elementary particles. If this proves to be correct, it would greatly simplify our entire picture of the universe.

It seemed to him that with three assumed different subatomic particles, clearly defined properties and combining them in different ways, he could represent all other known particles.

Assuming that the combination of only three hypothetical particles would be sufficient for the structure of all other known ones, he gave them an unusual name – quarks. 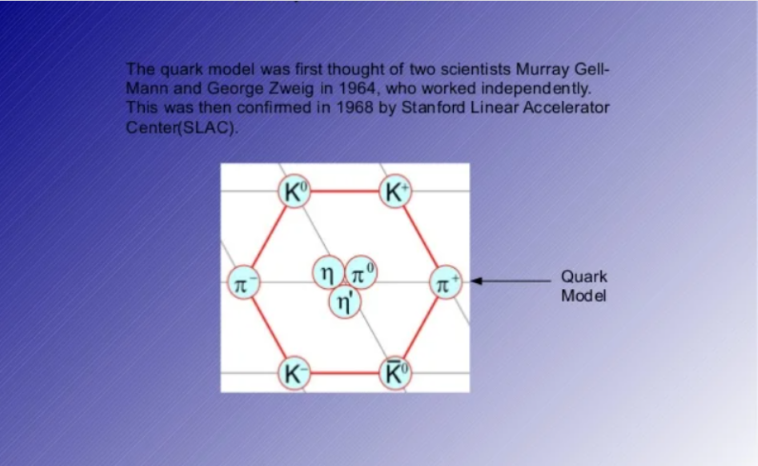 This eccentric, professor and doctor of science Gell-Mann, who later tried to give exotic names to many newly discovered particles, took that name from James Joyce’s diabolical novel, Finegan’s Vigil, in which the author twisted and changed words due to literary needs.

The enigmatic sentence read: Three quarks for Musther Mark. The word quark should be pronounced as quart (quart – Anglo-Saxon measure of liquid), with k at the end, and not with t … 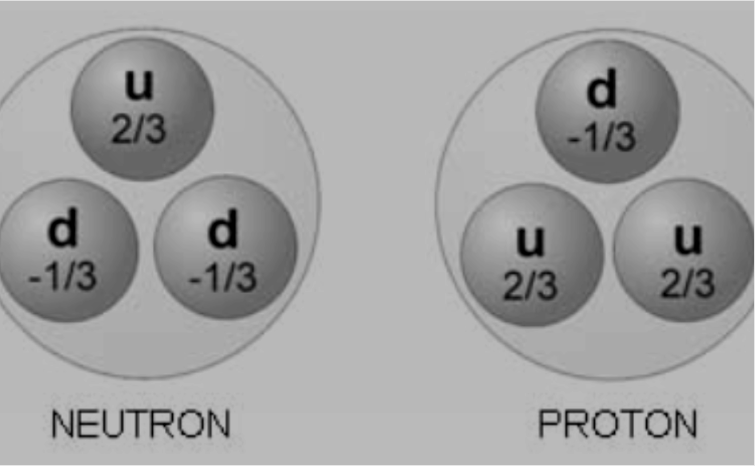 Two “lower” quarks with a charge of -1/3 and one “upper” with a charge of +2/3 give a neutron (neutral). In the drawing on the right – three quarks give a proton (which has a positive charge).