Many of the sunny days we are witnessing this winter are the result of Earth’s weather and they have nothing to do with what is happening on our star. And things are happening there that are not exactly what we predicted.

The predictions Vs the actual state

The period of the 24th cycle of solar activity was calm; the activity of the Sun was weak. Astronomers also predicted weak activity for the current 25th cycle that should have been reaching a maximum in June 2025. The very beginning of this cycle gave subtle hints that this may not be the case.

Today, a year and a half after we entered the new solar cycle, the disproportion between the projection and the actual state is completely clear. The sun is twice as active, and this trend continues.

Frequent occurrences of aurora borealis at poles that occasionally descend even to mid-latitudes are a clear sign that we are entering a not-so-peaceful period in the Sun. Geomagnetic activity has tripled and at the end of October last year we experienced a shorter “radio twilight”.

What does all this mean for us?

In the first place, our dependence on communications, the power system, location, and positioning systems in the event of extremely strong solar activity comes to the fore.

Difficult or disabled communication, power outages that supply us with electricity, inaccurate or even completely missing navigation can potentially paralyze the world as we know it. Pilots today do not fly airplanes, computers do. And if the computer does not work, a person is powerless.

On the other hand, in the coming months and years, we are sending robots throughout the solar system, and a human trip is also planned. Landing on the Moon, the journey to Mars is not something you want to send machines to, let alone people in a situation where the activity of the Sun is strongest.

The truth is that man has solutions to a good part of this problem, but not for all of them! An extremely strong burst from the Sun that would “hit” a manned spaceship to Mars would result in a critical situation and even lead to the shutdown of electronics or severe human health conditions, all the way to death.

Is our Sun tame enough?

The sun is responsible for life and death on Earth. We are lucky that our star is in a group of relatively few and “tame” stars without too many oscillations in its long and fairly stable lifespan measured in billions of years. However, even smaller oscillations in the Sun, significantly less than 1%, lead to numerous and in our opinion not very suitable situations.

Astronomers monitor from Earth and from space every day what, how and when something is happening on the Sun in order to eventually come to a situation where we can predict space weather well enough. 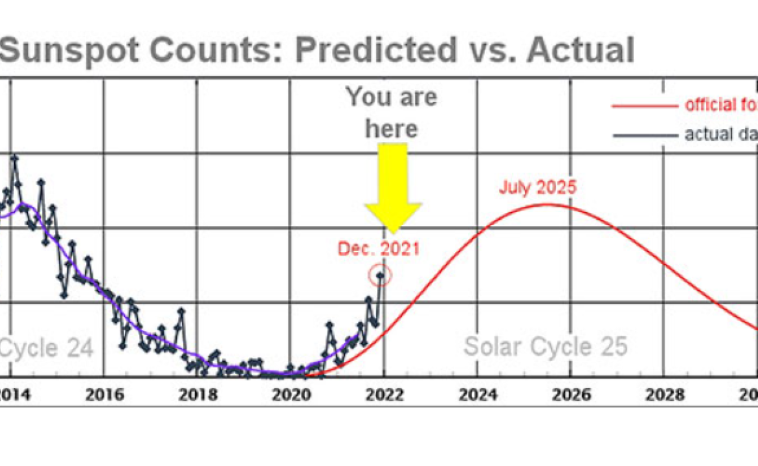 Truth be told, even if we knew that “tomorrow” will be the biggest storm ever seen on the Sun, the question still remains: what could we possibly do about this? The answer is not very promising, because we can do little or nothing.

On the other hand, the situation in which the sun is too calm is not good either. We are then increasingly exposed to our forces of radiation and influence from deep space, outside our planetary system.

It’s as if, for example, we are between two strongmen who hit us however they want. If the first one hits us more, then the second one doesn’t manage to strike and vice versa. Therefore, science and technology put so much effort into understanding the universe around us but also how to protect ourselves from such threats.

Of course, the bad news is that the list of threats is very long. The question is not whether we will get into a situation of survival of civilization, but only when.