Have you ever wondered what causes our climate to warm and cool? Do you remember the last time it was cold for several days in a row? Were you able to travel easily? Did you find yourself dressing in layers? Scientists know that our Sun produces sunspots. Do they affect our climate? Read on to find out what scientists think.

When it comes to Earth’s changing climate there is speculation by some scientists that our Sun’s solar activity plays a role. Scientists recognize active solar events, and inactive events, also known as a Maunder Minimum. A very active sun erupts with solar flares, sends out sunspots, and releases huge clouds of electrified gas into space. Sky watchers benefit seeing auroras, but astronauts must watch for radiation storms. Solar flares can also interfere with satellites and electrical power sources. The sun’s active period also impacts communication by cell phone and GPS navigation. 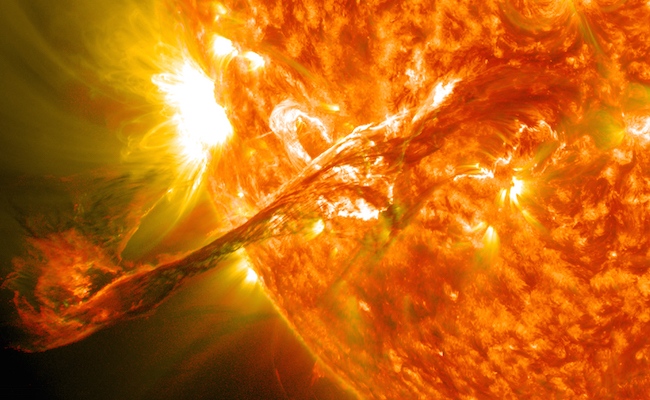 A Maunder minimum means fewer sunspots and solar flares. Sometimes days or weeks go by without a spot. It is a safer time to travel through space, but a less interesting time to watch aurora activity in the nighttime sky. The decrease in solar radiation makes it the safest time for astronauts to carry out space missions.

Based on historical research the sun goes through 11- year cycles of solar minimums.  Although scientists have linked cooler periods to solar minimums, they also make the case that volcanic eruptions may play their part in cooling periods as well.

Who was Edward Maunder?

In 1894 the English astronomer Edward Maunder made observations regarding sunspots and cold weather in Earth’s northern hemisphere. Not everyone agreed with his observations and some tried to discredit his work.

In 1976 an America astronomer, John Allen Eddy, researched Maunder’s claims and found that indeed Maunder was correct linking sunspots to cold weather patterns. Eddy found “during that period a dearth of aurorae and atmospheric carbon-14, a diminution of the solar corona during eclipses, and probably a correlation with cooling of the earth.”

What Happens With Increased Cosmic Rays?

Increases in cosmic rays result from periods of low solar activity. These rays can penetrate into Earth’s upper atmosphere. During periods of high sunspot activity the sun protects the Earth with its magnetic fields. These magnetic fields cover and protect all the planets in the Solar System. As the magnetic shield weakens it allows more cosmic rays to reach the Earth’s atmosphere.

For astronauts, the risk increases when cosmic rays have the potential to easily break a strand of human DNA. During years affected by the Maunder minimum, the sun’s extreme ultraviolet radiation (EUV) drops and the Earth’s upper atmosphere cools and contracts. Without the sun’s huge gravitational pull satellites have less trouble staying in orbit. 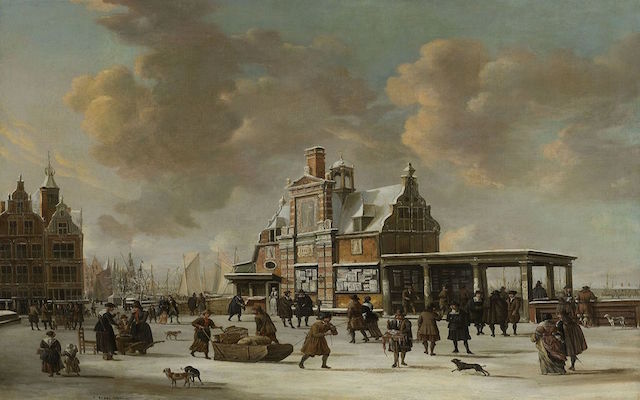 One of the most famous solar Maunder minimum periods (1300 to 1850), known as the Little Ice Age, produced some of these noteworthy events.

Thanks to the tedious record keeping and observations by Edward Maunder, scientists know to watch the sun’s activity levels. Its impact on the Earth is great and the more they learn the better we can prepare for our days ahead.