The Division of Variable Stars

In the previous blog we talked a little about the definition of variable stars and binary systems. Today we wanted to explore the individual subcategories a little further, so let’s get started.

All the different subgroups

Physically changing stars alter their brightness due to physical processes in the star itself, and they are divided into three subgroups:

Eclipse and rotating variable stars change the brightness due to external causes, which can be the rotation or eclipse of the star. Here we have two subgroups:

These subgroups are further divided into individual types of stars, which were named after their prototype which is something like a characteristic representative of the divisions.

Nova stars are characterized by a rapid change in brightness in a period of only a few days, with a delayed onset of a variable decline in the brightness.

It is assumed that most periodic novas come from close binary stars. In the last seventy years, about one hundred and fifty new stars have appeared in our galaxy. 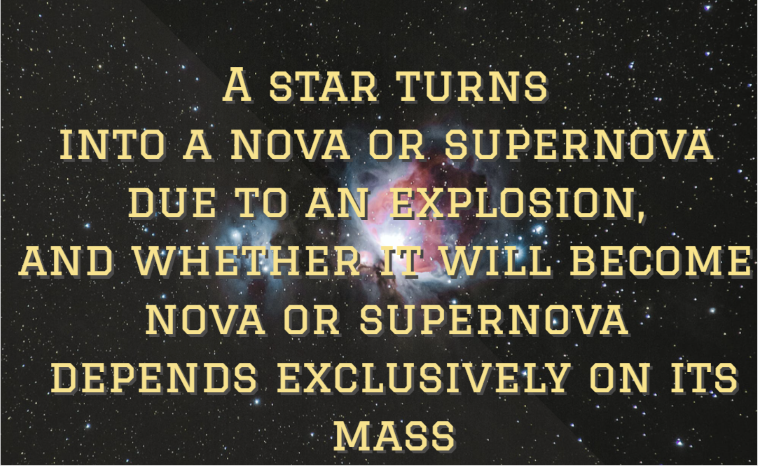 The explosion by which the star turns into a supernova occurs in the upper layers of the heliosphere, after which the gaseous envelope is ejected at high speeds.

In our galaxy in 1572 and 1604, two supernovas flashed, which were visible to the naked eye. These supernovae are known as Brahe and Kepler.

There was also a supernova in 1054, about which we find data in Chinese chronicles, the so-called Cancer nebula in the Taurus constellation. In 1987, another supernova visible to the naked eye flashed, allowing astronomers to use modern methods to investigate such an event.

Pulsars also belong to the group of variable stars

After the destructive explosion of the star and the rejection of the upper layer, the center of the star can collapse to a neutron star under the influence of its own gravity. 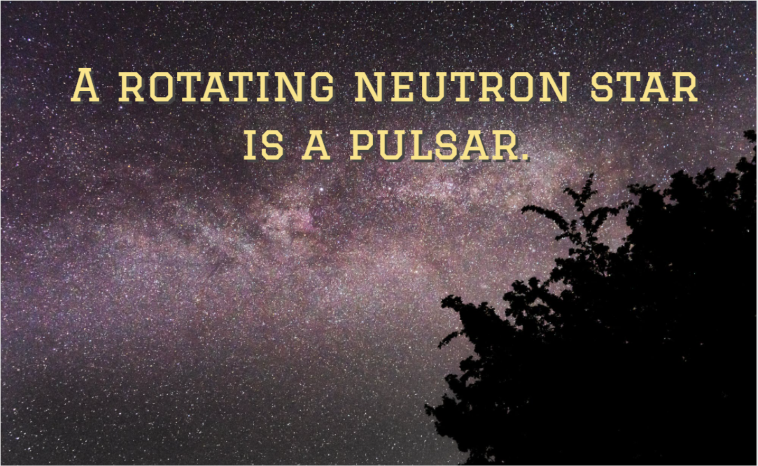 A neutron star is an interesting phenomenon, in the formation of which, due to the force of gravity, protons and electrons stick together into neutrons. Neutron stars can be up to 10km in diameter size and yet have an enormous mass. A rotating neutron star is a pulsar.

The first pulsar was discovered by Huish in 1968 using astronomical radio methods. It was a strong source of radio radiation in the rest of the already mentioned supernova in the constellation Taurus, which radiated at short regular time intervals, resembling a lighthouse.

By observing these celestial bodies, it was established that the pulsations originate from an accelerated rotation. Namely, neutron stars retain the magnetic field of the original star by their formation.

However, it is now in a much smaller space, and therefore of far greater intensity. They emit jets of electromagnetic radiation in the direction of their magnetic axis, most often radio waves.

In addition, pulsars are characterized by a high speed of rotation. There are pulsars that perform 100 or even over two hundred rotations in one second!