Welcome back fellow OSR reader! As you probably know, we are approaching the end of October and a lot has happened. This prompted us to give a little overview of some interesting news from space that you might like to know about!

New launch date for Artemis I

We’ll soon have a new attempt to send the Space Launch System (SLS) rocket carrying the Orion spacecraft, to the Moon.

The rocket was supposed to take off on August 29, but the countdown was interrupted 40 minutes before launch due to an excessive leak of liquid hydrogen, but also due to unfavorable, stormy skies.

However, subsequent launch attempts were not successful either, first because of the same problem, and then because of the hurricane that hit Florida, where the launch pad is located.

Artemis I is a test flight, an unmanned flight that is supposed to reach the Moon, fly around it and then return to Earth.

The agency plans to return the rocket to the launch pad already on Friday, November 4.

Together towards the ISS

October 5, 2022, the second day of World Space Week, four astronauts set off on a five-month space mission from Florida. 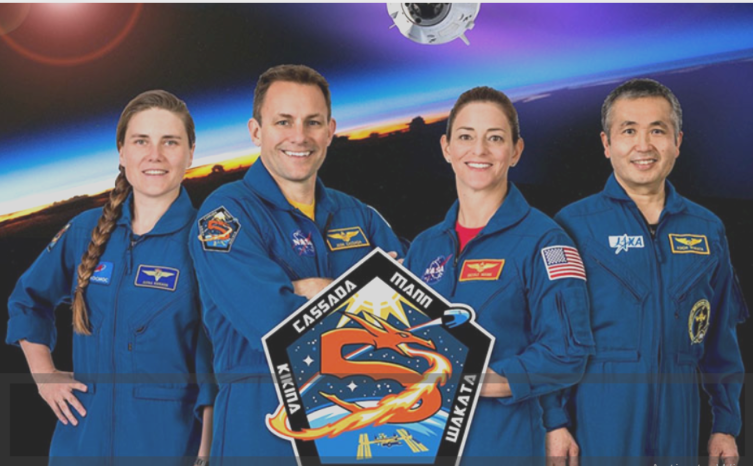 They took off in the SpaceX Dragon spacecraft. They will remain together in orbit around the Earth for five full months.

On September 29, 2022, the American robotic spacecraft JUNO made a low flyby over Jupiter’s moon Europa, only 352 km above its surface.

It is the third closest flyby of a celestial body ever.

JUNO will fly over Europe and other moons of Jupiter several more times. In two years (2024), the ambitious Europa-Clipper mission will set off there, reaching its destination in 2030.

Europa was discovered at the beginning of the 17th century by Galileo Galilei together with three other large moons that orbit the largest planet in the solar system – Jupiter.

Europa is full of scars and strange structures. These are thick ice surfaces that literally crack every day, rising for kilometers and falling, all due to the enormously strong gravitational action of the giant Jupiter.

JUNO has been in space for six years and two months, is scheduled to operate at least until 2025, and will probably be active for years after that.

It is a spacecraft with the largest solar photovoltaic panels ever mounted on a robotic spacecraft.

Record: there have never been more people in space at the same time!

The International Space Station is quite crowded these days.

After the departure of the Russian three-member crew, the commander Samantha Cristoforeti and Kjell Lindgren, Bob Hines and Jessica Watkins remained there.

In total, there are now eleven people in space!

If we add the three Chinese taikonauts (Chen Dong, Liu Yang and Cai Xuzhe) who are currently staying at their Tiangong station, there are fourteen members of the human race in space today.

Until now, the record for simultaneous stay of people in space was thirteen. Now, a new record has been set. 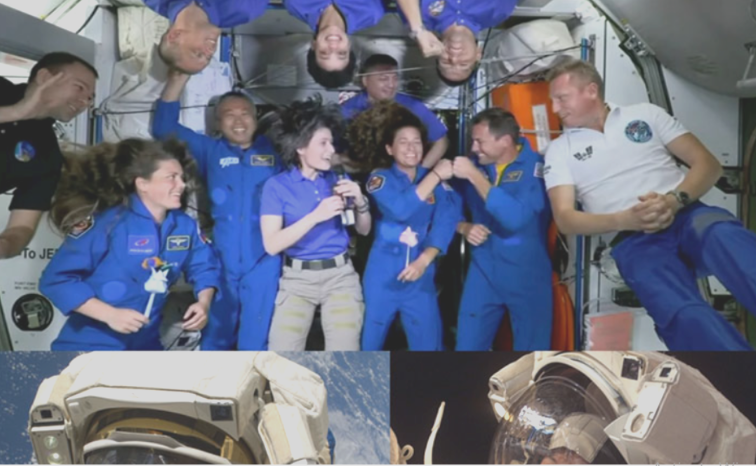 Above are Russians, Americans, Japanese, Italians, Chinese – the current crew on the ISS